The Rob Roy on the Jordan 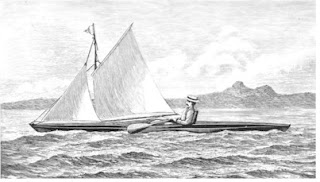 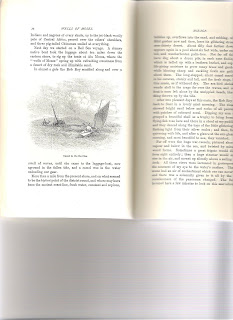 Sailing on the Red Sea 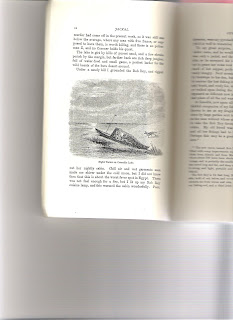 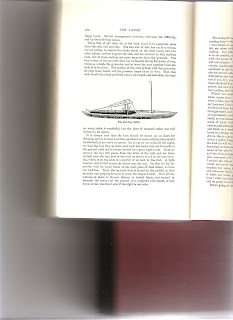 
I have always admired John MacGregor (1825-1892) because of his exploits in a series of self-designed, wooden decked canoes, all having at least one or more sails which were used when the wind was abeam or abaft the beam. He did not use leeboards. This Scotsman popularized canoeing as a sporting activity for the middleclass, by publishing books telling of his voyaging on rivers, lakes, and on the sea. His adventures took him to Europe, the Baltic and the Middle East. He founded the Canoe Club, which was later renamed as the Royal Canoe Club when given Royal patronage.


MacGregor designed and had built for him as many as seven decked canoes, all named ‘Rob Roy’, each being designed for specific ventures. The one that I like most is the one he used on the River Jordan. She had an overall length of 14 feet and a beam of 26 inches, at a point 6 inches aft of amidships. She had a pronounced tumblehome extending outwards 3 inches below the upper deck which gradually tapered fore and aft until the sides of the canoe became upright. Such a configuration made for easy paddling with a double bladed paddle, and it provided more interior space for MacGregor when sleeping within his canoe while ashore. He maintained that this design allowed him ‘to stow more equipment, sail better, and rise to the seas more lively’, but she was not as good as his Baltic canoe for use on rapids, dragging overland or beaching. He designed the garboard strakes amidships to be almost level with the central keel so that when the boat was ashore there would be no undue strain to the hull.


The aft deck could be removed and used as a roof over the cockpit. Single boards either side of the cockpit could be set upright for supporting the aft deck by means of a piece of bamboo lashed between them and the double paddle with one of its blades on a support at the stern. A waterproof sheet was thrown over this framework to form a tent, the sides being tucked under the canoe, or held in place with stones. He had a small reading lamp that he attached to the starboard support, and when necessary he fixed a mosquito net within the tent. He used his clothes-bag for a pillow, and a small inflatable mattress measuring 3 feet by 14 inches for supporting his upper body. The floorboards were 6 feet long, and they exactly fitted the shape of the cockpit, so that when the boat was being transported overland, or on a steamer, the contents could be made secure.


This ‘Rob Roy’ was rigged with a simple lugsail, which had the boom and yard secured within pouches. At the forward end of the boom there was a cord-loop that hooked onto a long brass hook at the base of the mast, so that the mast could be stowed without the crew having to leave his seat.


‘The Rob Roy on the Jordan’ by John MacGregor

Thanks for the fascinating insights, Bill! I'm looking forward to reading all your blog. I'd be interested in the origin of the name "Rob Roy."
Cheers!
- Jerr

Hi Jerr,
John MacGregor (1825 – 1892),was nicknamed Rob Roy after a renowned relative. He named his canoes after this Robin Hood type relative.

You can find the history here:

Thanks William -
Historical insights give depth to life. I understand much more of the spirit of these canoes and that's a pleasure. Thanks again and feel free to ask if I may be of assistance with anything.
Cheers!
- Jerr