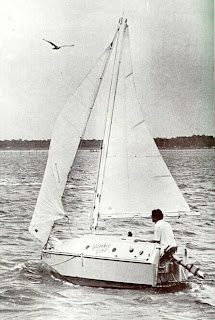 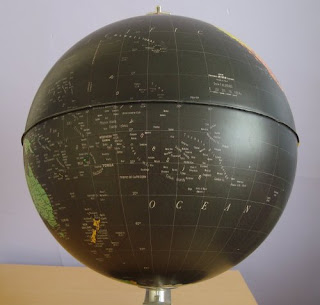 
Yesterday I mentioned Gerry Spiess who sailed his 10 foot boat across the Pacific, and today I stumbled upon an old bedside night light, in the form of a globe, depicting landmasses and the oceans of the world. I was struck by the fact that approximately 71% of the surface of the earth is covered by the oceans, and that the Pacific Ocean alone occupies about 28%. A little bit of research revealed that the Pacific Ocean covers an area of nearly 63,800,000 square miles - that’s twice the size of the Atlantic Ocean, and more than the whole land mass of the world. Within the Pacific Ocean there are between 20,000 and 30,000 islands distributed between Melanesia, Micronesia and Polynesia.

Of all the oceans, the Pacific is the most challenging for sailors of micro-yachts, by fact of the enormous distances between safe havens where ship’s stores can be replenished and the weary sailor can take respite from continuous motion. Tiny vessels such as Spiess’s ‘Yankee Girl’ are unlikely to average more than 2.5 knots at best, so with perhaps a passage of 2074 nautical miles between San Francisco and Honolulu it would take 830 hours, i.e., about 35 days. Furthermore, continuing to Brisbane, safe passage between low-lying atolls such as Tuvalu and Kiribati can bring problems of navigation, not just because they may not be seen, but because of unpredictable currents. Near the coast of Western Australia there are the hazards of the Coral Sea and the Great Barrier Reef.

A small yacht does not have the speed to avoid hurricanes; therefore great care must be taken to avoid sailing during the hurricane season. This year the official start of the season in the Eastern Pacific was 15th May and at the beginning of June for mid Pacific. Hurricanes and typhoons in the North Pacific generally develop between May and December.
Posted by William Serjeant at 11:23 pm

Yes, you are right!! Thank you. Bill.