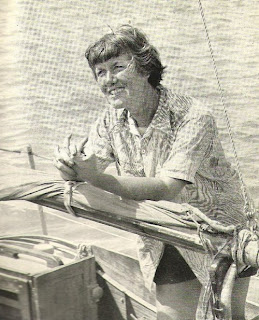 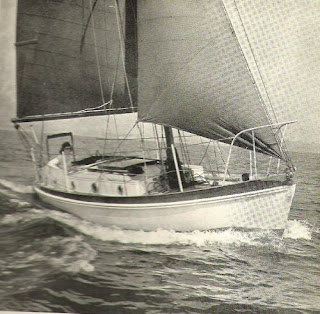 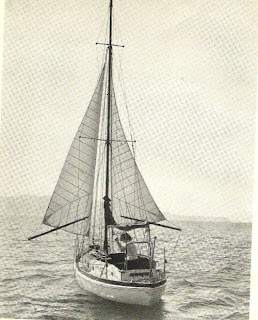 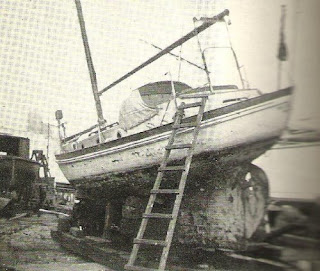 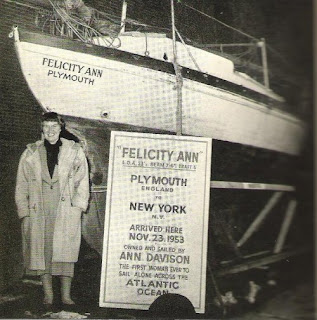 I recently mentioned Ann Davison’s Atlantic Crossing, so I thought I would assemble a few photos of her boat, ‘Felicity Ann’, and post them here. Ann was the first woman to sail across the Atlantic by herself. Her yacht was a 23 foot double-ender, designed and built by Mashford Brothers Ltd, Cremyll, Cornwall, England. At the beginning of the Second World War she was set aside, uncompleted until 1949. Ann bought her 1n 1952 and modified her for her Atlantic crossing the same year.


She made her departure from Plymouth on 18th May, 1952, and after many adventures arrived at the island of Dominica on 23rd January, 1953. En route she called into Douarnenez, Brittany; Vigo, Spain; Casblanca, Morroco, and Las Palmas, Canary Islands. Having crossed the Atlantic, she tried to make it to Barbados, but bad weather forced her to continue to Dominica, where she anchored in Prince Rupert Bay, Portsmouth. After leaving Dominica she continued to English Harbour, Antigua, and from there to St Thomas. She took her time to Miami and continued northwards along the East Coast to New York.


Weather during her Atlantic crossing alternated between gales and calms, causing her to suffer badly from sleep deprivation. She would heave to at night. During one gale she lost her sea anchor, but later made another from a canvas bag. During calm spells she used her engine. She saw dolphins, trigger fish, Bosun birds, turtles, flying fish, sharks and Eagles near Holden Beach. She had a very frightening experience when large foaming waves overtook ‘Felicity Ann’, and believes they were caused by an underwater earthquake. Because her voyage took longer than expected, she had to ration her drinking water. She appears not to have collected any fresh water during torrential rainfall.


‘Felicity Ann’ was put on display at the New York Boat Show in January, 1994, and her book, ‘My Ship is so Small’, was published in 1956 by Peter Davies, London. The boat is currently owned by Haines magistrate, John Hutchins. (See link below)


Extracts from ‘My Ship is So Small’