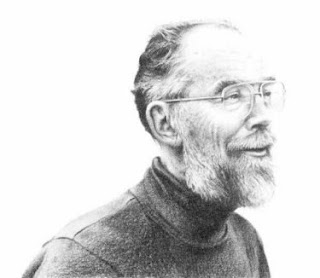 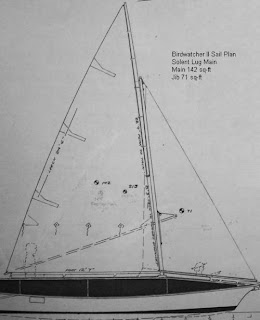 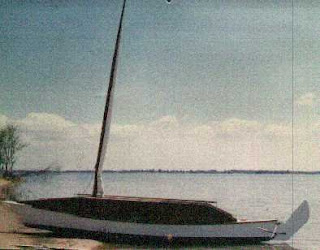 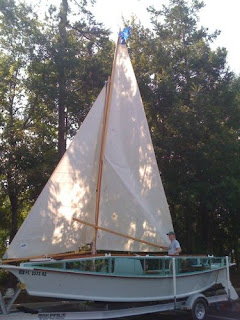 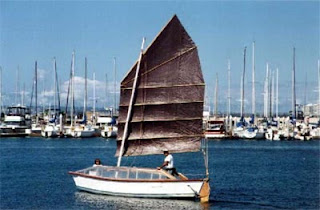 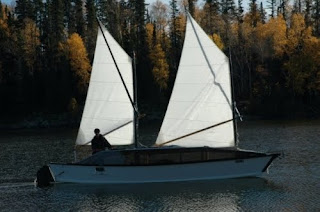 Phil Bolger was a very influential and original designer of boats, many of them powered by sails. Sadly he died this year on the 24th May, aged 71, but his legacy will continue for many, many years. What set him apart from traditionalists was his ability to see afresh, without being unduly influenced by boat designs of the past. He could eliminate inessentials and visualize a boat for a specific purpose. He had a canny aptitude for excellent ergonomic design, tailored around appropriate materials, such as plywood, aluminium, epoxy in conjunction with cold-moulded veneers and fibreglass. Some of his boats were extremely simple, while others were, of necessity, more detailed, but all were designed with care for sequential construction to help the builder minimize effort and keep costs low.


When asked which of his designs epitomized his philosophy, and which of them satisfied him most, he pointed to ‘Birdwatcher’, because she fitted both criterion. She is an unusual-looking double-ender with slab sides, a clipper bow, and a long superstructure composed mainly of Lexan (Plexiglass) windows. The cabin extends from the small stern deck almost to the bow, and it is has an opening fore and aft in the top, which is wide enough to allow her crew to walk along its full length. This opening can be closed by a zipped soft-cover, so that the crew can sail and control the boat while being protected from the elements. The walkway enables the crew to ship the mast(s), and hoist and reef the sail(s) from the protection afforded by it. Most other vessels lack the convenience and safety this system brings. In addition, the crew can set and retrieve the anchor while in a secure position at the bow.


‘Birdwatcher 1’ was designed with a single triangular sail lashed to the mast, the clew being held in position with a sprit boom, but Bolger modified ‘Birdwatcher 11’ by having a Solent lug mainsail, plus the option of a staysail. Builders of various versions of ‘Birdwatcher’ have rigged them according to their own wishes, perhaps by adding mizzens or using spritsails similar to those on Thames barges; others have preferred junk rigs, or Marconi/Bermudan configurations, but all have mounted their masts to one side of the walkway so that the crew can move fore and aft without being impeded. Another advantage of having a mast set to one side is that it can be secured by a fitting on the cabin structure. ‘Birdwatchers’ have thick, heavy plywood bottoms encapsulated on the outside with epoxy GRP to protect them when taking the ground and to provide ballast low down where it is most needed, but these boats depend on the crew ballast for counteracting heeling when the wind is at all fresh. Her long, lean hull is easily driven; therefore she does not require a huge sail area. Indeed, if she is over pressed, she will not sail faster. She will perform better on the wind when her lee chine is well immersed and the windward chine is just clear of the water. The shape of her hull provides lift, and this is enhanced by the offset plate and the kick-up spade rudder.


Some owners have added outboard engines, but originally Bolger intended that oars should be the secondary power source. He cleverly provided oar ports either side, fairly near the stern, so that the oars could be left in position with the blades facing aft when the boat is not being rowed. Theoretically, ‘Birdwatcher’ can be rowed by her crew from within the cabin, but in practice this can be a hard and sweaty business, and if there is any wind, rowing can become problematical, unless the boat is going downwind. I have noted that one owner prefers to row when standing up and while facing forward by having rowlocks on the cabin top, but the oars need to be very long to do this, and consequently they are heavy. Incidentally, if the boat is knocked over on her side she will float in that position because of the buoyancy provided by her cabin top. Her crew can aid recovery by placing their weight near the bottom of the boat, when she should self-right, especially if there is a seaway, because of wave action.


I do not own a ‘Birdwatcher’, although several years ago I very nearly bought one of the few that are in the UK. I flew to Edinburgh when the snow and ice was clinging to the winter cover over the boat. I found that a lot of water had entered her hull, and it had frozen solid, but one thing that struck me right away was the amount of condensation there was on the large extent of the window surface. In the UK this can present quite a problem. However, as far as I can recollect, Phil Bolger, provided a drip tray along the bottom of the windows to collect condensation, as Matt Layden, did for ‘Paradox’.


I liked the open plan of the boat, and the very spacious interior, along with the unimpeded views and ample light. I imagined being sat low on the floor, while sailing in the summer sunshine, when a cool draught of air flowed through the open cabin top. I could hear the water chuckling along her sides and feel her respond to the occasional gust, causing her to luff a little, before continuing along her course. It was not until I arrived home, and in the cold light of the following day, when I looked at a list of all the faults I found, such as rusted rudder fittings, rotten wood in the cabin top and a damaged chine, that I made the decision not to go ahead. The reality dawned on me of the long tow home from Scotland by road, or a sea passage that may be too much for the condition in which she was. Then I would have to take her out of the water for repairs and incur the loss of time while doing them.

If you want a better link to my Birdwatcher I, I have a new blog about it here.
http://bolgerbirdwatcher.blogspot.com/
Feel free to link.
best,
Allan Casey