Withdrawal of British Forces from Afghanistan 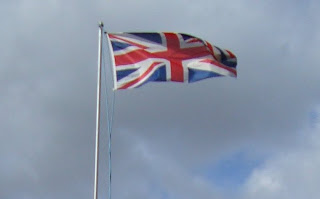 A lot has happened since I wrote an article on 5th September 2009 entitled, ‘Union Jack’*. I was bemoaning the fact that corpses of members of our armed forces were being brought home from Afghanistan and that Gordon Brown had justified the cost to finish the job that had been started in 2001.


That conflict with the Taliban continues today, but there is some hope however that an orderly withdrawal of military personnel will commence from September of next year. David Cameron has been meeting members of the National Security Council and there are hopes that he will agree a timetable for withdrawal so that the majority of our military forces will be brought home by the end of 2014. The current strength of personnel in Afghanistan is 9,000, and from September, 2013, a gradual withdrawal would commence until around 1,000 remain for logistical support and for protecting supply lanes. 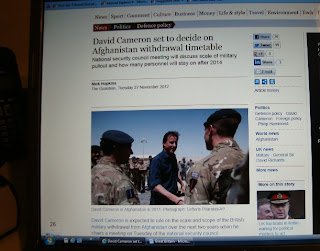 The cost of this conflict can best be measured in terms of loss of life, grief and devastation, as 438 British soldiers and civilians have lost their lives, not forgetting the enormous losses suffered by US and NATO forces. Not least, the Afghan people have suffered greatly, but the price that has been paid has brought about significant changes for the better, for now young girls can look to a future, with a chance of being educated, even able to vote when of age.
Malala Yousufzai, the 15-year-old girl who was shot in the head by the Taliban has been instrumental in empowering females within that male dominated country. She wrote a diary blog for BBC Urdu reflecting her life under the Taliban and for her courageous honesty she became a target for assassination. They did not succeed.