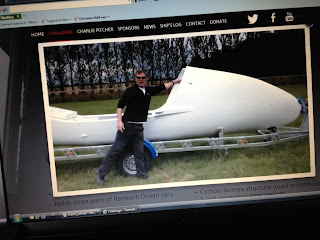 Charlie Pitcher will attempt to break Andrew Brown’s world record of rowing solo across the Atlantic in 40 days, 9 hours and 44 seconds.


In 2010 Charlie was the winner of the Woodvale Challenge solo Atlantic Rowing Race; he took just over 52 days to complete a distance of 2,551miles. In January, 2013 he plans to set off again from La Gomera, one of the Canary Islands, with the aim of rowing to Antigua, an island in the West Indies. 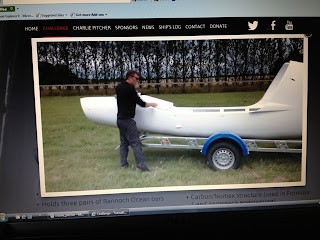 He will be rowing a Mark 2 version of his previous boat. The new boat was designed by naval architect Phil Morrison and she was built by Demon Yachts of Ipswich.  She only weighs 460 kilos and she has an overall length of 6.5 metres and a beam of 1. 5metres.


Charlie will be raising funds for two charities: Great Ormond Street Hospital and The C Group.


Race to row across the Atlantic ends with record breaking feats