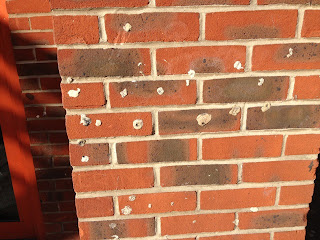 
A few years ago I owned the domain name ‘chewinggum.co.uk’. I think I paid 99p for it. Today, you can buy the domain name from Gherkin Domains, but you will have to pay £1,999.95 to own it! With hindsight I wished I had kept hold of the ownership.


I designed and operated the website. My primary objective was to draw attention to the disgusting habit some chewers of gum have, i.e., they discard it anywhere, except in waste bins. Consequently, countless millions of chewed pieces of gum adhere to pavements and buildings, shopping malls, schools and wherever people congregate. Even supermarkets that sell the stuff are plagued by chewing gum blight. By drawing attention to what is taking place I hoped councillors, politicians and those who cared about the worsening situation would bring pressure to bear on manufacturers of gum to only make biodegradable gum. I also wanted them to provide wrapping paper for the disposal of gum after it has been chewed.


I contacted the Keep Britain Tidy Campaign, but, although sympathetic, they seemed reluctant to present a case for improving the situation. (They now have a gum page*, but not very effective.)


I tried conversing with Wrigley by email and by letters and by telephone, but they didn’t want to know. I recruited MPs to draw attention to the matter, but to no avail. To the best of my knowledge, not one of them raised the matter in Parliament. On the other hand, Southend-on-Sea Borough Council responded favourably, since they recognised the problem was exceptionally bad. It was so acute I nicknamed Southend-on-Sea, ‘Chewing Gum City’! This caught the attention of BBC Radio Essex, who wanted me to speak about the situation on their early morning show – I think that was before Ray Clark and his ‘Planet Ray’ programme. None of this got me anywhere, except I must have touched the raw nerve of a few people who sent me abusive and threatening emails. 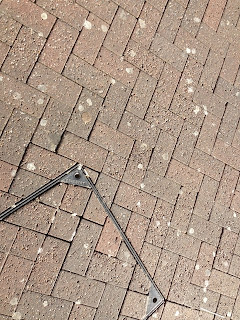 After about 2 ½ years, I had enough, and I gave up, and I withdrew my Chewing Gum website. It was costing a lot to maintain, and I felt I was bashing my head against a brick wall. Furthermore, I was getting uptight every time I saw pieces of discarded gum on the pavement. I threw away the CD that was my only record of the website, and put the matter out of my mind – That’s until NOW! Why? Because when I recently went to the Odeon cinema to watch a James Bond film, I was sickened to see numerous bits of gum stuck to the outside walls of the cinema and hundreds of pieces of gum that had been dropped on the paving of the pedestrian precinct. At great expense the Borough Council repaved the whole of the High Street, but a year or so later, the gum is as bad as ever, perhaps worse.


I remember conducting a survey at nearby W. H. Smith when I counted and photographed pieces gum within a square yard. The intention was to repeat the count a year later, but by then I had given up all hope of achieving my aim of persuading manufacturers to only produce biodegradable gum. Failing that, I would like to have seen a law passed that only biodegradable gum could be sold in the UK. Expecting the miscreants to act with consideration and kindness out of respect for fellow citizens was out of the question.  The situation today is utterly hopeless, on account of generations who do not care about living in a gigantic dustbin that contains bird droppings, for that is the appearance of discarded gum.


How much does it cost to produce chewing gum?