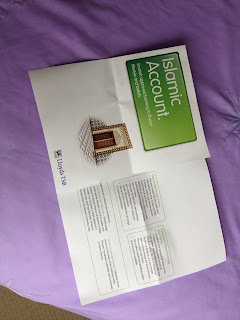 Ethics is to do with moral principles; for example the Concise Oxford Dictionary defines the singular form of the word as ‘a set of moral principles’, such as those practised by the Puritans. Their code of conduct was based on their interpretation of the Bible, particularly as applicable to the family which for them was a representation of the church or of the body of Christ. The husband was the head of the household and his wife was a helper for him and a mother to their children, all in obedience to him as he was obedient to Christ.


We’ve just heard on the news that the new Archbishop of Canterbury will be the Right Reverend Justin Welby, a man who was a former oil industry executive, currently the Bishop of Durham. Since he has already published his views on ethical banking he will without a doubt support the Anglican Church’s criticism of unethical practices in banking and industry. The Church itself has an ethical investment policy overseen by the EIAG - the Ethical Investments Advisory Group. They will not invest in or support ‘companies involved in military products, pornography, alcoholic drinks, gambling, tobacco, human embryonic cloning and weekly collect home credit.’ The Group also advises on investments in relation to the environment, especially regarding climate change. They also approve supply chain ethics, and are sympathetic to supporting agencies for eradicating HIV/AIDS.


There are three main UK banks that practise the principles of ethical banking. They are the Co-operative Bank, Nationwide and Tridos. Lloyds TSB has incorporated Shariah approved banking practices into their business. This is to satisfy followers of Islam who require that money handled by the bank is handled in such a way as to conform to Shariah law. Basically, as I understand it, the main thing adherents to Shariah law will not subscribe to is the practice of paying interest on money that is loaned. Banks devise methods of overcoming this; for example, when a customer wants to become a homeowner, but he does not have sufficient funds to purchase a property outright, the bank will buy it and rent it to the person for a fixed term, at the end of which time the property becomes his. Both parties thereby satisfy Shariah law. The bank makes a profit by asking in rent more than it paid to buy the property, and the new owner pays no interest! (If I’ve got this wrong, please let me know.)


Well, I shall seriously have to consider moving from my current bank, unless I can be persuaded that it, in the main, acts ethically with the money it handles.


A Summary of our Sustainability Performance -- The Co-operative Group


God's bankers: How evangelical Christianity is taking a hold of the City of London’s financial institutions


How Christian can Islamic banking be?


Old Etonian who opposes gay marriage set to be new Archbishop of Canterbury (and he's only been bishop for A YEAR!)