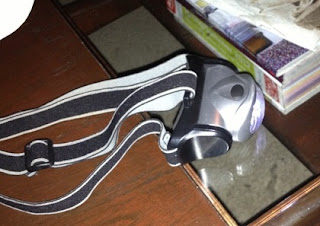 Late this afternoon the sky was darker than usual. Rain-streaked patterns morphed across the windowpanes; lights flickered, and then they dimmed before going out altogether. The house was in total darkness. It was not the best moment for this to happen, because I was peeing into the toilet! With care I prevented a second disaster; then I felt my way to the bedroom where I found a small LED light, the sort that is attached to a stretchy headband. Normally it would have been on my boat, but she is laid up for the winter and most of her gear is in the loft. Meanwhile my wife was busily lighting candles for the lounge and kitchen. 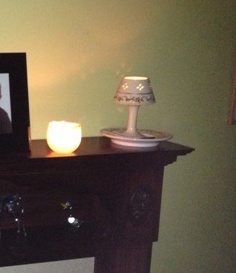 There was no TV. All clocks had stopped, except for a small battery-driven one beside my bed. The central heating turned itself off, and the digital phones ceased to function. I could not use my computer for accessing the internet because the router stopped working. I was not worried about the freezer, as it would easily keep food frozen for a couple of hours, by which time I hoped the electricity would be restored. More torches were found and a camping lantern too. By then the house was looking quite cosy, almost Christmassy. 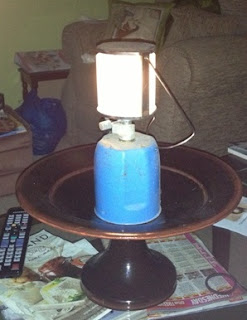 Foreseeing the possibility of trouble, on account of our lights flickering before they stopped working, I phoned UK Power Net, informing them of the problem. That was at 15.35. Five minutes later when the lights went out I was in the bathroom doing you know what. Power wasn’t restored until 18.50, but what a blessing.


It isn’t until you lose power that you realise how dependent you are upon it. You take it for granted. Our immediate neighbour was about to cook her evening meal in her electric oven; instead, she packed her family into the car and went to her mother’s place to do it there. Other neighbours were checking one another to see if they were OK.  All of this is minor stuff when compared to what is happening in Israel and Gaza, where there is almost outright war, but it makes you think and appreciate how fortunate you are.
Posted by William Serjeant at 11:44 pm