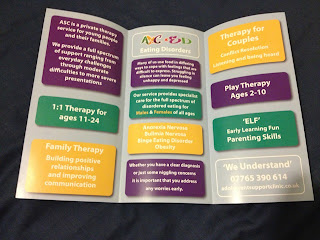 I was utterly amazed when I browsed a pamphlet displayed at my local NHS clinic. The title was, ‘Supporting Young People and Families’. I was made aware of a whole range of psychological and physical problems youngster may have to endure, caused by wrong thinking, wrong beliefs about self, dietary deficiencies, and lack of exercise, poor social skills or bad parenting. And yet when I look back to my own youth in the early 1940s I cannot remember any counselling services for dealing with such things. Indeed, if there were problems, it was commonplace for parents to help their offspring resolve them. Children could freely talk to their parents about anything bar sex, for that was a taboo subject. Even teachers dared not include it in their syllabuses, apart from a few simple bird and bee illustrations in picture books. Mum and Dad might leave such a book in a place where it may be found.


There were bullies at school, including teachers, but one had to overcome them by showing them they could not win. There were a few young people who tried cannabis, but there was no widespread drug abuse, and regarding eating disorders I was not aware of Bulimia Nervosa or Anorexia Nervosa. No one needed play therapy, as we played whenever we wanted. Our parents were capable of supplying all our needs, and certainly they did not lack parenting skills. There was very little sexual activity between youngsters; hence there was no need for specialist advice about concomitant diseases. Alcohol was not readily available, except in public houses; therefore addiction to it by teenagers was never a problem. We tried smoking cigarettes, but became sick as a result! Few of us had an image identity problem, as few were obese, nor were we constantly bombarded with advertisements convincing us we should resemble someone more beautiful or more handsome. Some of us may have been hyperactive, but we could soon get that off our chest, by running through the countryside, digging the garden, cutting hedges, cleaning windows or delivering newspapers. There was no need for anger management, but if we were angry we could take it out on a punchbag, play rugby or football. 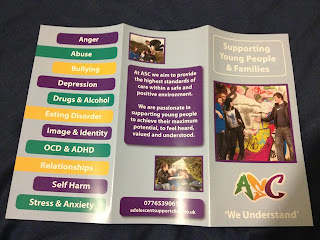 In a close-knit village community we were never short of friends, and by interplay we developed our social skills for communicating and building relationships. Going through the gangly and hair-raising, pimply stage of puberty was a shared experience that helped us through that awkward time. Sadly today, an increasing number of young couples lack social skills, and they do not have an understanding of what is required for building happy, loving relationships. Instead of getting married, they experiment by living together to see if things will work out, which often is not the case, affecting tiny offspring who suffer the consequences.


Yes, there is much sickness in our land because of the breakdown of traditional family life. In this day and age, both male and female partners have to work to make ends meet, thereby denying time for their children - time for lavishing them with love and for teaching skills required for adulthood. It is no wonder we have private clinics offering multiple therapeutic services, primarily with the aim of making money by applying sticky plasters to injured bodies and minds. One big ingredient for the health of our youth is missing, and that is tuition for the soul. Young people receive little to no spiritual input, so that they have sparse understanding of morality - what is right, what is wrong - what is good and what is bad.


Parents, the ball is in your court if you have the skills, knowledge and desire for making a difference.