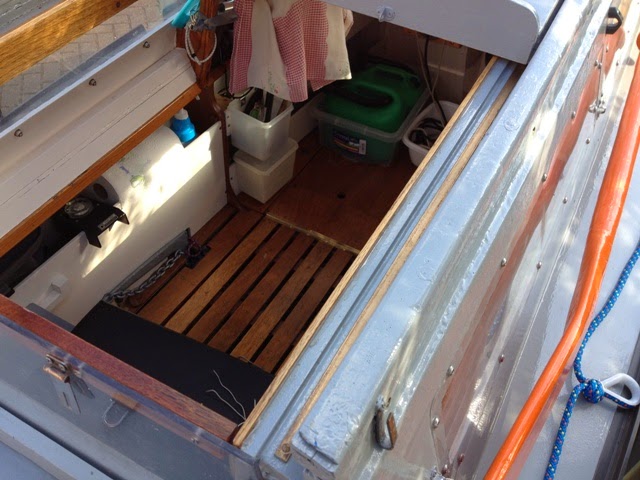 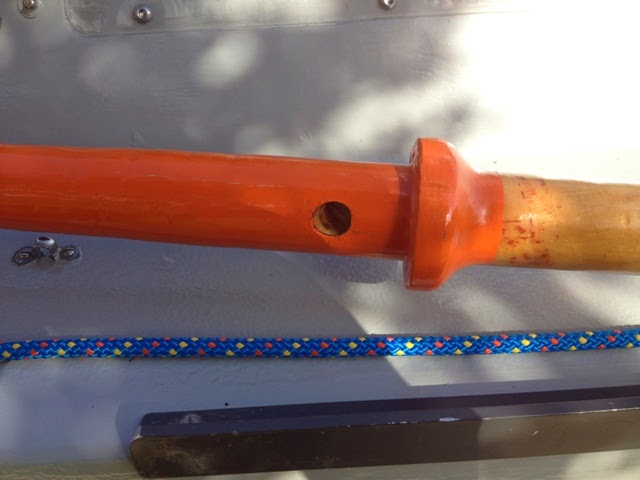 I thought the back bedroom was finished, but I had overlooked a small area that had been plastered, and because the plaster was not completely dry when I painted it, the finish was not perfect. To satisfy myself and my wife, I repainted the entire wall. Thus I was occupied for the whole morning, and I was pleased that my wife liked what I had done.


After lunch I checked ‘Minnow’ to see how she had faired overnight when there was heavy rain. That was the first time she had been exposed to rain, and she passed the test by not leaking through the hatchway, despite being on a slope, so that water collected between the sliders on the cabin roof. When she is afloat, the hatch will be horizontal in the fore and aft plane; therefore water will not collect between the sliders. The hatch opens smoothly with little effort, but to protect the brass sliders and reduce friction, I treated them with silicone spray. I also applied silicone to the cup in the shaft of the yuloh to minimize friction between it and the yuloh support pin. 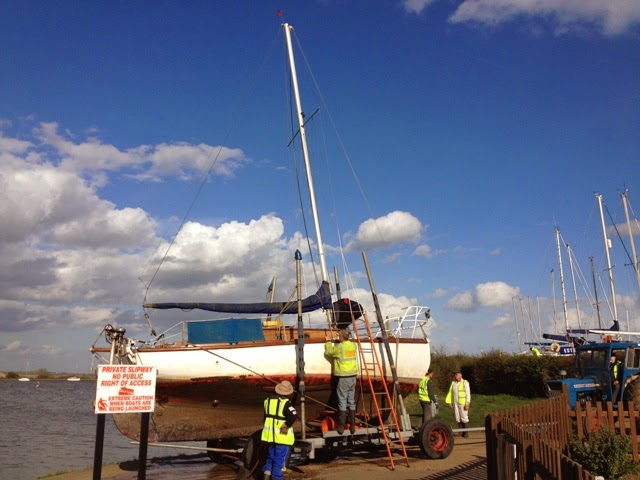 Later in the afternoon I walked beside the River Crouch at Hullbridge where I saw a yacht being taken out of the water at the Up River Yacht Club. I have a feeling the yacht may be a Blackwater sloop.
Posted by William Serjeant at 6:46 pm