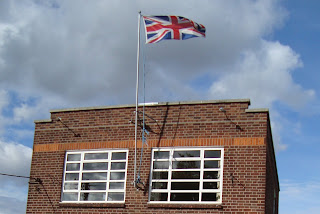 With a somewhat tattered halyard, the union jack flies to an ungainly pole resembling a plumber’s pipe above my parish town hall. As soldiers fall in Afghanistan, others are brought home in coffins draped with the union flag. Ceremonially they are taken through Wootten Bassett where other heroes have passed before. Widows, mothers, fathers, brothers, sisters and friends grieve as yet more lives are lost. There is no end to this conflict and no lasting peace. What price must be paid before the killing ends? Gordon Brown today (Friday, 4th September, 2009) tried to justify the cost of human life by claiming it was necessary to finish the job started back in 2001, to ensure the safety of our land. He believes the Taliban can be defeated, and locally trained personnel, both military and civil, will be able to keep the peace, maintaining freedom and democracy.

When Gordon Brown took office he said he would do his best to serve the people of this country and give them a vision for the future. No doubt he is doing his best, but where is the vision for the future? He is not the most charismatic leader, but charisma is not the issue; leadership and vision are essential ingredients if our nation is to go forward with a common purpose of unification, rather than dissolution and disintegration. Is it too late to reverse the devolutionary process? Today Alex Salmon of the Scottish National Party gave details of a White Paper to be launched on St Andrew’s day in November with a proposition for a referendum on independent government for the Scots. Meanwhile, certain members of the Welsh Assembly are considering more devolution by seeking an independent criminal justice system. Mr Paul Flynn of Newport West considers devolution to be unstoppable, irrespective of Westminster government.

From 1921, when the greater part of Ireland left the United Kingdom, and the United Kingdom of Great Britain and Ireland was renamed the United Kingdom of Great Britain and Northern Ireland, the union jack has continued to be a symbol of national unity. Originally the flags of England, Scotland and Ireland were combined to form a national flag on 1st January 1801. It was known as the Union Flag. Under Henry VIII, in 1536, the act of union joined England and Wales, which some consider is a principality, rather than a country. No doubt many Welsh would disagree, as the Welsh are identified collectively by culture, language and by a border; furthermore, they have never completely been defeated by any invading army. Their flag is composed of a Red Dragon against a green and white background. It is thought that the invading Romans brought the dragon emblem to Wales.

With complete devolution there would no longer be a need for a Union flag; neither would there be an accepted symbol of national unity, or a united nation proud of its heritage, a nation with a mission to go forward, honourably standing up for proven values, freedom and democracy. By the way, please, local councils, while the Queen is queen of the United Kingdom of Great Britain and Northern Ireland, fly the Union Jack on your public buildings, only when it should be flown, such as on St George’s day, St Andrew’s day, St Patrick’s day, Commonwealth Day, the Queen’s official birthday etc., and make sure the flagpole shines and glistens as if it is worthy of the honour.
Posted by William Serjeant at 10:07 am