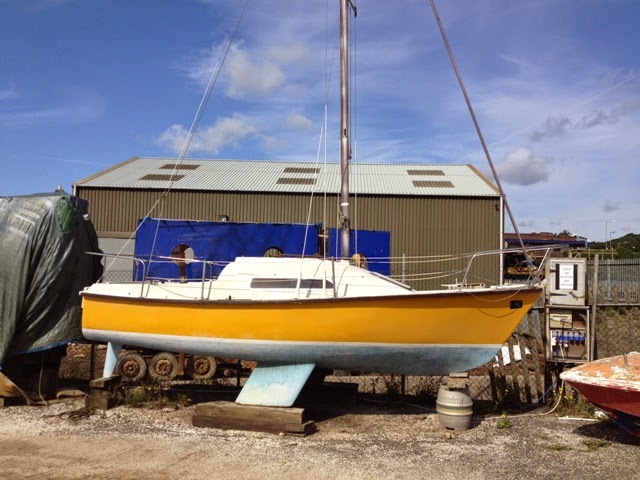 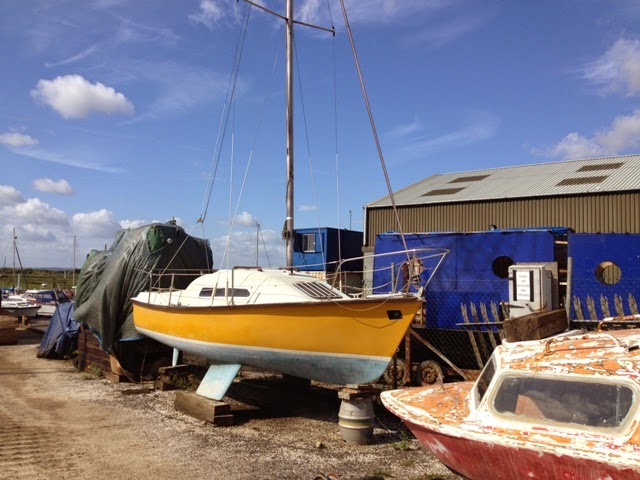 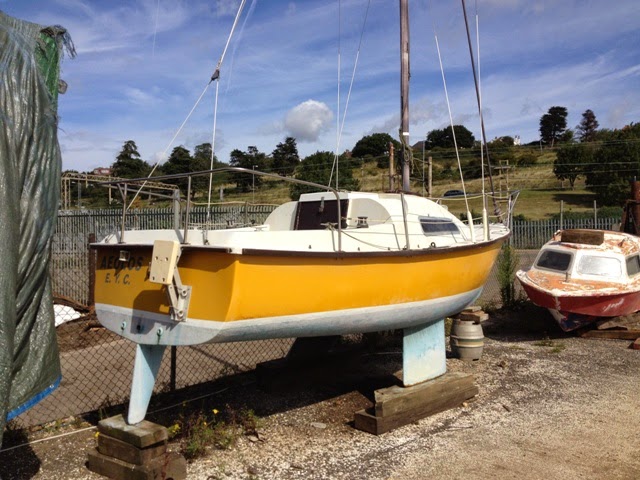 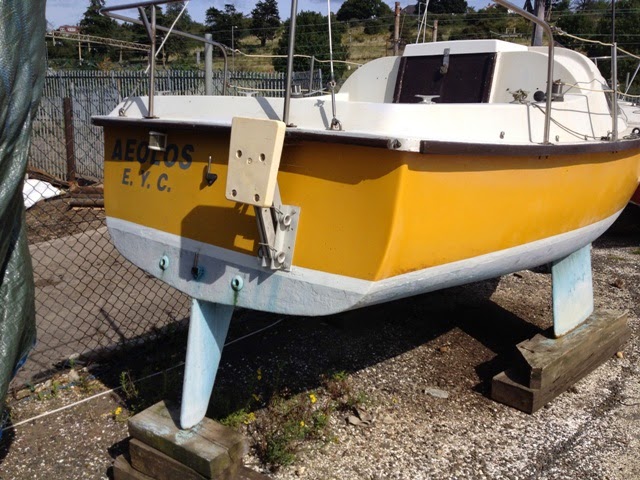 I stumbled across this Foxcub 18 when walking at Leigh-on-Sea yesterday. A friend of mine had one years ago, not long after I became a member of the Up River Yacht Club at Hullbridge. The time of his ownership was about 1975. I remember that she was fast, and did well in handicap racing on the River Crouch between Hullbridge and Burnham. Perhaps credit should be given to the owner, because he went on to twice win the Burnham Week Local Handicap Trophy, but with a twin keel Pegasus 700.


The original Cub was built by Copeland Boats of Ventnor, Isle of Wight. She came in three versions: fin keel, twin keel and lifting keel. I’m not sure if Uffa Fox actually designed the Foxcub 18, but I believe her hull was based on one of his 18 foot dinghies. The early boats had a lower cabin structure than later ones. Over 650 were built before the moulds were transferred to Dublin in 1983.


Features I like about this boat are her flared bow for keeping her dry when working to windward; her masthead furling Genoa which is good for windward sailing and for ease of reefing;  her high coaming for keeping water out and for crew comfort and security; her companionway above the bridge deck to make her less vulnerable to the cabin being flooded in rough water conditions; her skeg to protect the transom hung rudder, and her  fairly wide transom for keeping her stable when on the run and to help the boat to plane. The spinnaker is useful for racing.


The fin keel version has a draught of 3.25 metres which could present problems if she were to be stranded and dry out, but this particular boat has twin keels, and with her skeg, she should dry out OK, provided enough weight is aft of the keels to prevent her bow falling forward.

Hello Bill, I have to agree with you, the Fox cub looks a handy little boat. I had my eye on one a few months ago, on Boatshed. She had the distinction of vertical, behind the mast reefing/furling on the main-sail.She was nicely presented, and complete with a four-stroke outboard, quite a low price, and of course didn't hang around for very long.
The most noteworthy boat I've seen for a while is the 'Deben-Cherub' on e-bay, number is 131266355630

When I started sailign small yachts the Foxcub was the first boat I became interested in.. b.t.w, the blue Foxcub on Apollo Duck belongs to a fellow club member and is in nice condition...