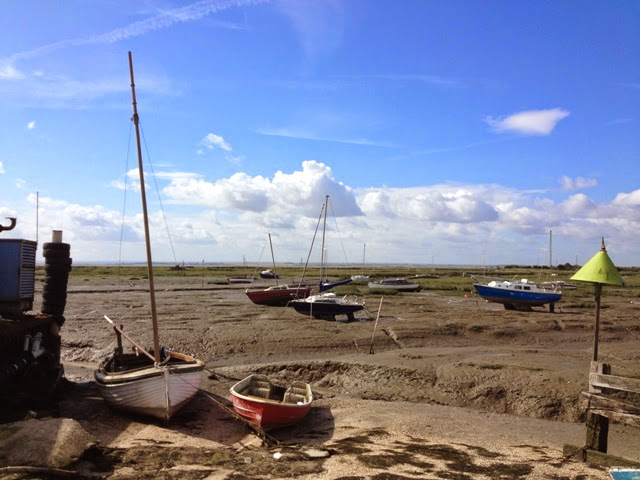 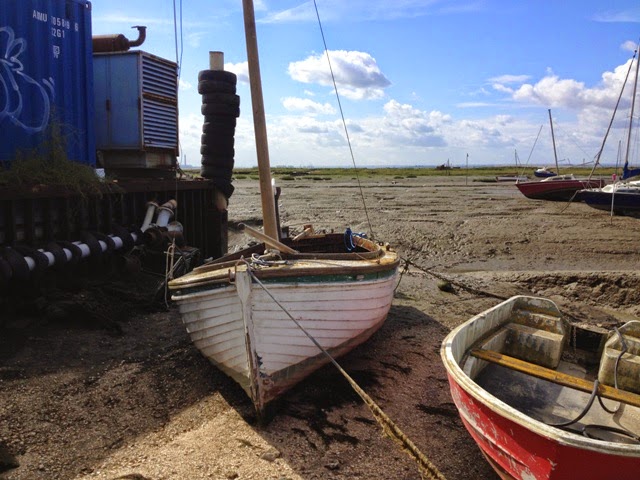 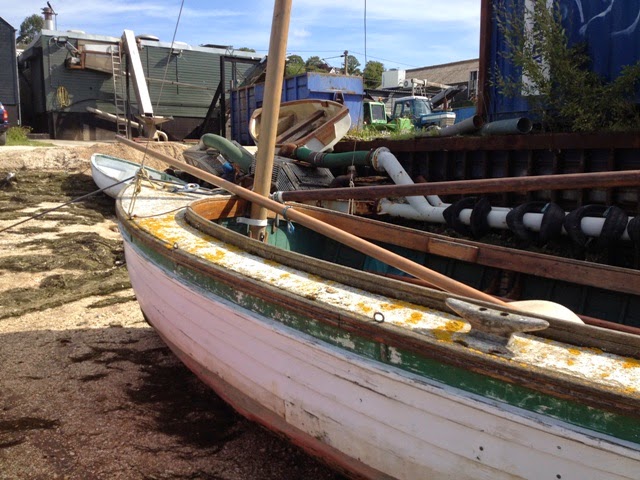 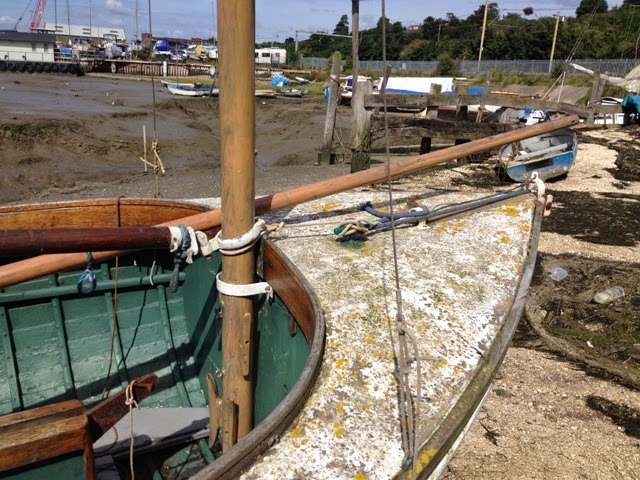 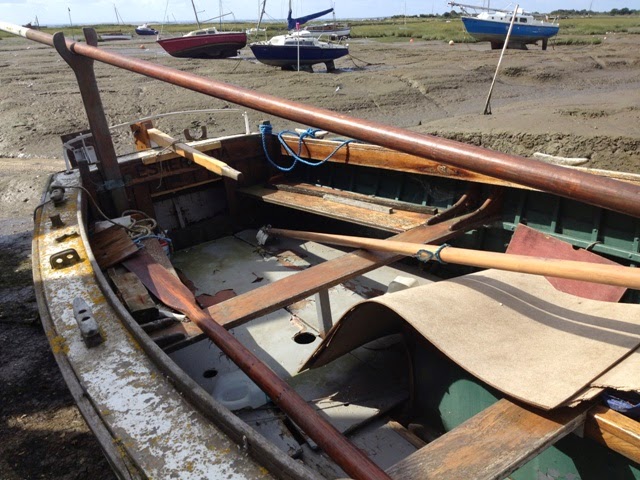 The centreboard day boat featured in these photos was once the pride and joy of her owner. From appearances she’s been left uncared for on the mud at Leigh for at least two or three years. In that time timbers have been exposed to the elements that have taken their toll.


You can image how lovely she would have looked in her heyday; golden varnished mahogany, smartly painted decks, galvanised fittings, Tufnell fairleads, cleats and winches, cotton sails and a Silver Century Seagull outboard motor. Here she is but a memory, doomed to further decay, unless some mad soul falls in love with the wreck that she is, and brings her back to life at great cost, both with time and money.

Note: She is very similar to an Essex One Design built by Cole and Wiggins, of Leigh-on-Sea. (Added 21st August, 2014)
Posted by William Serjeant at 9:00 pm