'Sandpiper remains at Ramsgate today, thanks to the accurate inshore waters forecast: SW 3 or 4, increasing 5 to 6 for a time. If I had set off at 12.00, as was my plan, by the time I would have been approaching Dover Harbour, all hell would have been set loose - not the sort of thing you want at any time, leave alone a place where the tide is for every changing and cross-channel ferries frequently come in and out.

Instead, I did a tour on foot of Ramsgate, more specifically the Augustus Pugin tour. Pugin did a lot for reviving Gothic architecture during his short life from 1812 to 1852. He was best known for designing the interiors, furnishings and fittings of the Houses of Parliament, and he was a distinguished architect.

Pugin's favourite creation was St Augustine's Church which he designed and paid for. It is a Gothic style, flint faced building. Personally I prefer St Lawrence Church dating back to Norman times.

Pugin owned a three-masted lugger, 'Caroline', that he kept in Ramsgate Harbour. It is said that he used her to tow vessels off the Goodwin Sands, and that he saved lives and salvaged cargoes.

As I do this blog 'Sandpiper' is being tossed about by the turbulent, churning swell in the Marina. I have secured her with every piece of rope, and I am hoping the cleats will hold out as they are tested by sudden, harsh loads.

If this Force 6 continues, the prospect of a satisfactory sleep is nil. 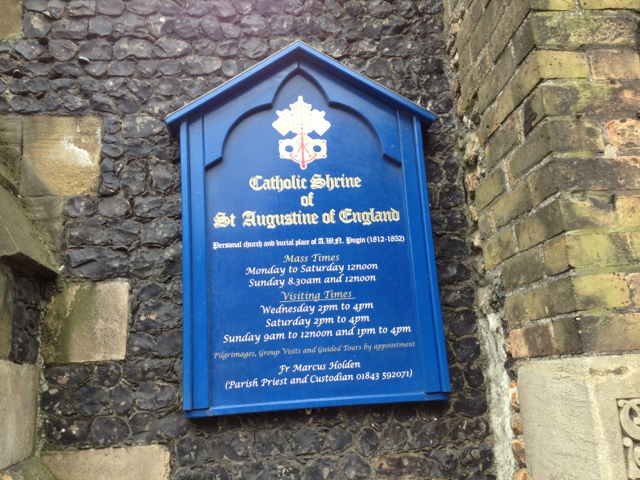 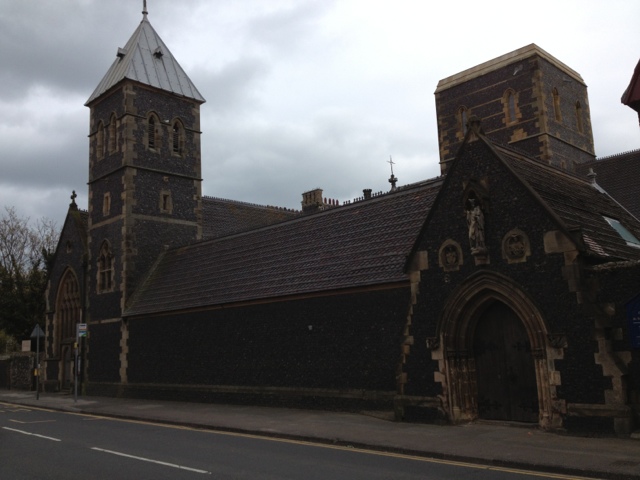 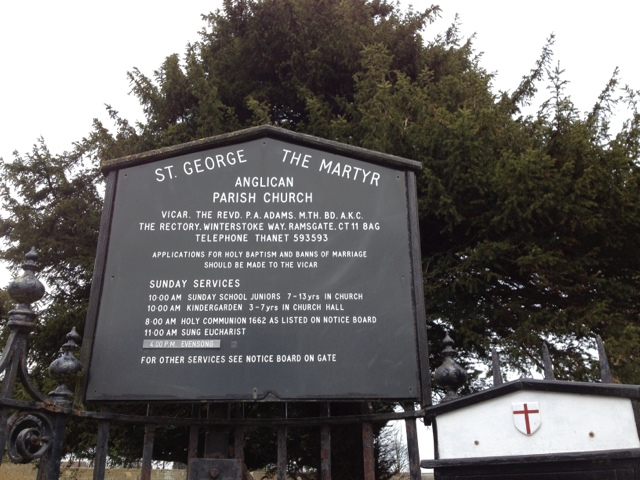 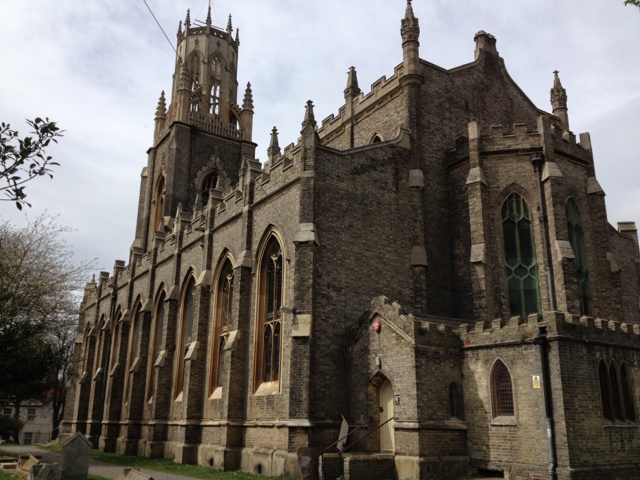 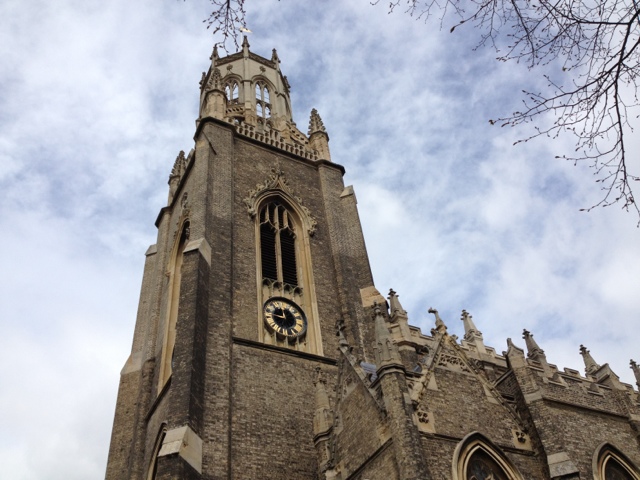 Posted by William Serjeant at 3:57 pm

I am enjoying reading your blog. Great pictures too. I just thought I would let you know in case you thought that no-one was interested.

Thanks for that Richard. To escape the boat this evening, because she is being thrown around with the swell at high water I took a ride on the bus to Margate and back, free of charge with my bus pass. For the first time in a while I was warm. Incidentally, I've invested in a hot water bottle which seems to be an essential item for cruising in May!
Cheers,
Bill.

I think a hottie is handy at anytime of the year Bill!
An old solution but a good one, takes up minimum space and the water can be recycled too! Enjoying your voyage I admire your intrepid spirit keep up the good work.

Did you find the typically pointed Pugin ice cream kiosk at the top of the cliff at Ramsgate - it always makes me smile! http://intheboatshed.net/2011/12/14/a-harbour-stroll-at-ramsgate/

There was a lot of wind right across the estuary on Saturday afternoon - we met an F7 for a while, but thankfully it calmed down after about half an hour.