When the logbook is virtually empty you know you have had an exciting time - such was today.

Much of the morning was spent chatting with fellow yachtsmen.

Brian Bootes keeps his junk rigged Leisure 17 at Ramsgate. He showed me how he had converted her; even building an unstayed metal mast to save money. Everything had been done well. If I was looking for another boat and Brian wanted to part with his, I would be after her.

As planned, to make best of the tide I set sail at 13.20. The flood had already started moving in the direction of Dover, which was my intended destination.

Outside the outer harbour the wind was getting on for a force 3 from the SE. This meant I would have a stiff beat on my hands. In no time at all, and with full sail, 'Sandpiper' galloped towards the Cross Ledge Sands where a torrent of breaking crests revealed their presence.

With the tide lee-bowing my little ship she was making 4.5 knots, and not unduly pressed. I put a tack in to a point north of Brake Sand, and tacked into the shore to the 2 metre line. This was to the east of Sandwich. Two chaps were on a sit -on-top kayak doing a spot of fishing. A few people were walking along the beach.

The next tack brought me seaward to the Downs red can buoy. Speeding inshore again 'Sandpiper' passed close to an underwater wreck to the north of Deal Pier.

Because the tide was hurtling south, good time was being made. The sun was glorious, and now and again the bow would hit a wopper, causing spray to fly over the windward deck straight onto my sunglasses. Seeing the GPS chart was problematical.

A group of yachts all heading towards South Foreland, and motoring, overtook me. They were almost certainly from the Folkstone Club, with whom I had chatted at Ramsgate.

On my approach to South Foreland I noted swirling fog enveloping the south mole of Dover Harbour. Within minutes I was in a pea soup, barely able to see more than a cable.

I downed sail and motored in the direction of the Harbour. When the GPS showed that a yellow buoy to the east of the Western Entrance was not far off I called up Dover Harbour Port Control to inform them of my position and seek permission to enter.

I could hear them directing a yacht to the Western Entrance. A ferry had recently left, making it clear for my approach. The eastern arm appeared out of the fog, which was my cue for confirmation of entry from Port Control.

My Lowrance GPS was a godsend, because it clearly showed where things were. Slowly I felt my way into the Marina, where permission was given for berthing at 'A' Pontoon.

Mission was accomplished, and I felt a glow of satisfaction, being grateful for a safe arrival at 18.00. What I was not so pleased about was a fee of £20 for one night!

If I have to stay in the Marina for a while it will cost a packet. The Outer Harbour is free! So that may be the answer, but by Golly, you certainly roll out there, and the holding ground is poor. 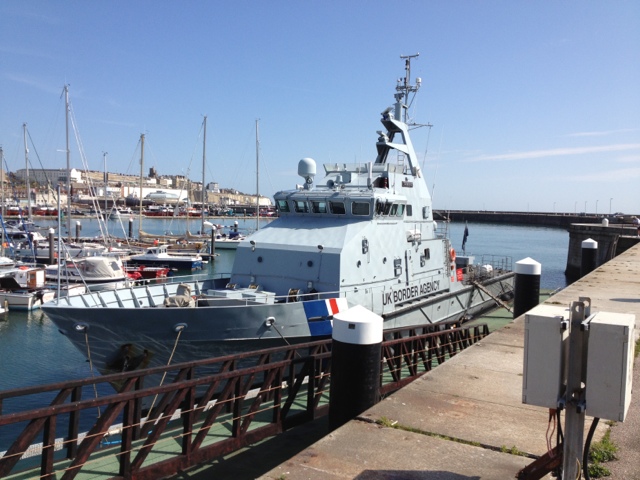 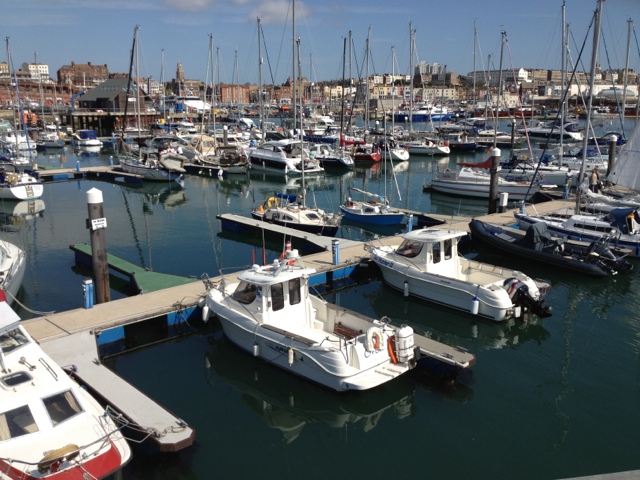 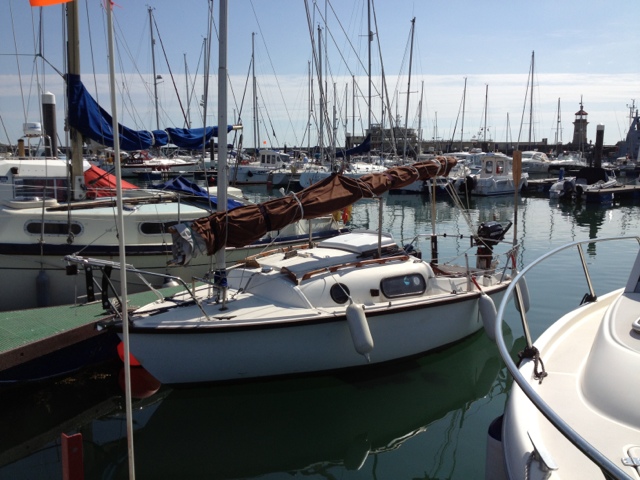 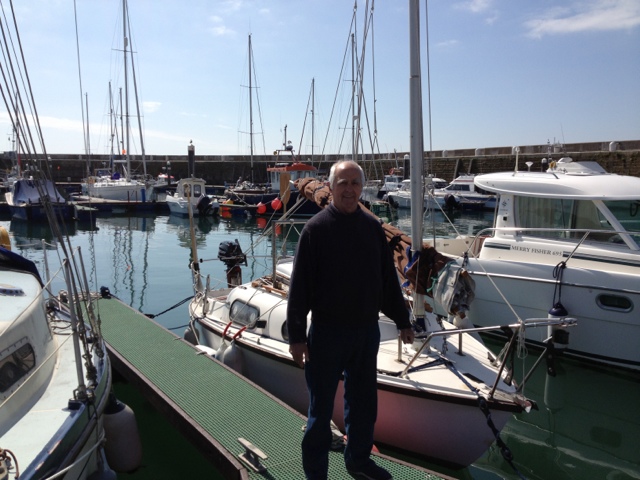 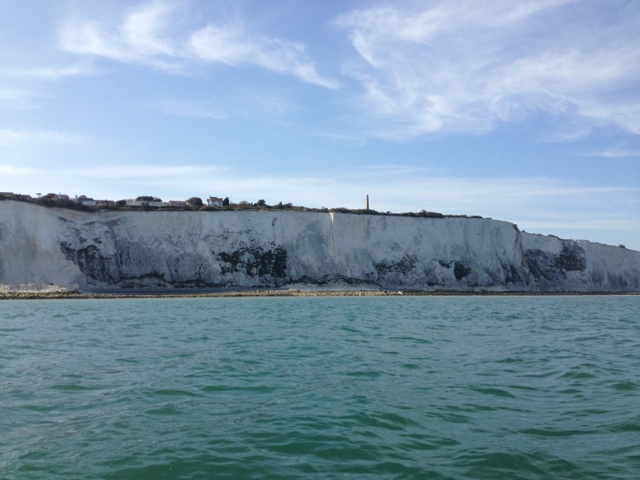 I would love to somehow contact the Leisure 17 owner to get details of the junk rig conversion. I am trying to purchase a leisure 17 and would like to make a similar conversion.

Thank you for your consideration.

Hi Alexis, i wonder if you have done the convertion. If so, i would be interesting in learning from your process. I ve just found a Leisure 17 and i m willing to convert it too. All the best,
Matias