The weather was not kind today; therefore I retraced my steps of yesterday and I continued beyond Shalfleet by bus to Alum Bay where I had originally intended to go.
My visit was very worthwhile, since I was rewarded with breathtaking views from the spectacular chalk peninsula at the western end of the Isle of Wight. This finger pointing westwards is called The Needles.
At the far end of the peninsula there are three stacks of chalk, and the furthest has a lighthouse on it that was built in 1859. There used to be a needle-shaped chalk pillar beyond, but it collapsed in a storm in 1764. This was named 'Lot's Wife'. The name of 'Needles' for the existing formation of chalk stacks was coined from the one that fell into the sea.
The cliffs overlooking the pebble beach at Alum Bay are unusually multi-coloured, presumably because of the different makeup of the constituent soils.
I was fortunate enough to see local ravens that seemed very much at home soaring over the cliffs.
The amusement park at Alum Bay was almost deserted, but a few entertaining activities were taking place. Children were particularly attracted to a large, inflatable transparent ball within which they could try standing up when it floated in a pool. While I watched, not one of them was able to do it.
When I was away from the boat there were a few light showers, and a strong cold wind that gave my face a healthy glow. Later, when I was back onboard, the wind really blew, and down came the rain. So I was thankful to have returned before the storm.
If the wind plays ball tomorrow by abating, my plan is to sail to Lymington or Keyhaven, but 'Sandpiper' has to survive the current gale! The time is 17.15, and she is being buffeted against the pontoon here at East Cowes Marina.
Maybe the night will be very uncomfortable, and perhaps memorable.
I hope not! 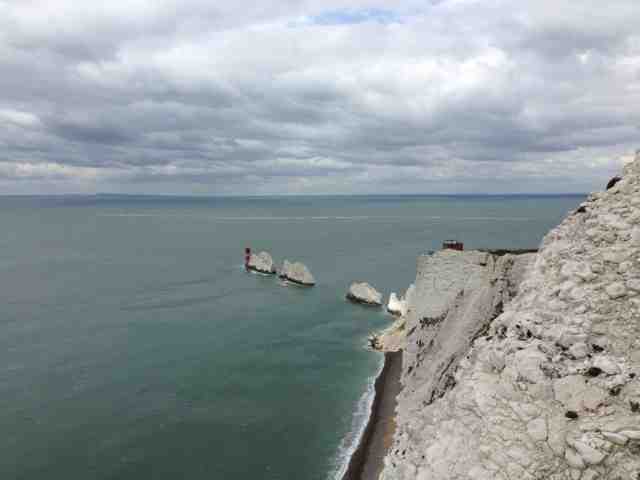 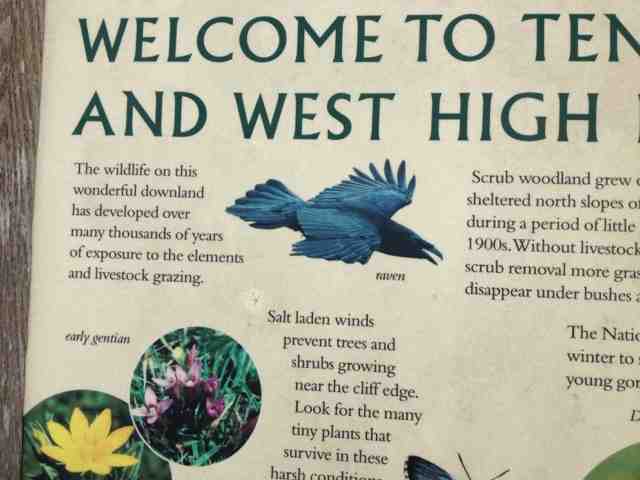 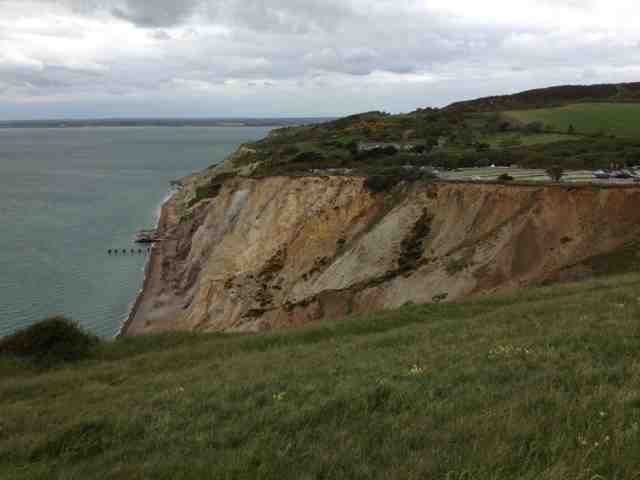 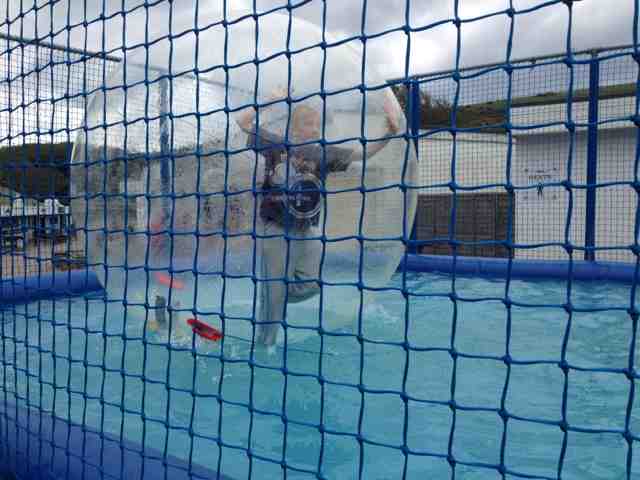 Posted by William Serjeant at 5:32 pm