Once again, the forecast was for an unfavourable wind for sailing to Ramsgate - NE 5 or 6 becoming variable 3 or 4. For a little boat like the WWP making an average of 3 knots to windward in a Force 5 is not possible. When going to windward, more than twice the distance between two points has to be sailed.

A favourable wind is the only choice. Tomorrow, the Met believe there will be variable 3/4 becoming SW 4 or 5, then veering W 5 or 6. The 5 or 6 is for later; therefore it is feasible.

Because of the wind not being in the right direction I've had another day at Oare, but not entirely, for this morning I walked to Faversham along the path beside Faversham Creek. I took my time to look at things. So often I am in a rush, and because of my haste I lose out.

The strong wind was bitterly cold, and it cut through my anorak. I forgot to take my thermal gloves and my fingertips froze - remember this is May! In the distance beyond the coast, dark clouds shed a veil of rain. However, above me the sky was blue. Reed Warblers chattered, a Cuckoo announced his presence, and searching for unsuspecting creatures lurking in the oozing mud revealed by the ebbing tide, there was a Curlew stabbing his curved beak left and right in feeding frenzy.

A hundred yards further on there was a beautiful white Egret that took shy of me and gracefully launched himself into flight for another solitary spot. A Crow flapped its wings barely keeping airborne while flying over the Creek.

I heard the sound of pounding feet from behind and heavy breathing; turning around I was surprised to find a man my age or more dressed in only a vest and shorts. I was feeling pains in the tendons of my legs, and at best I was making hard work of it.

A mixed herd of cows grazed on marshland, and beyond in the distance I could see what must have been the village of Oare.

Near the upper reaches of the Creek, on the outskirts of Faversham there is an industrial compound that blights the otherwise charming town with its reminders of Tudor times by way of timber framed buildings.

The parish church St Mary of Charity was well worth a visit. Far from being a dead church as similar decaying relics so often are, there was what appeared to be a children's playgroup in action, while other people were busily engaged doing things like flower arranging and cleaning.

I was saddened with the general state of the interior with crumbling patches and badly rendered repairs, but the colourful stained glass windows were in excellent condition. The flint stone exterior was well preserved, as was the unusual decorative spire that could be seen from afar off.

TESCO seemed to be the hub of Faversham, a hive of activity where young housewives and pensioners gather provisions and where trendy phone users surf the Web free of charge at Costa.

There I relaxed, massaged my knee joints, sipped a latte and savoured an almond croissant.

My bus pass came in handy for a tour of the Town on the number 333 before continuing to Oare.

I alighted at the head of Oare Creek and ambled along the footpath where late Spring blossoms scented the air. I deeply breathed in and savoured the beauty of the countryside. By contrast I was saddened to see so many forsaken yachts no longer cherished by their owners. Decaying boats not viable for restoration to their past glory, but in between, snuggled into the mud awaiting the return of the tide there were the most glorious of sailing vessels, Thames barges and classic yachts of all kinds.

Oare Creek is a Mecca for the discerning yachtsman. You must make your pilgrimage. 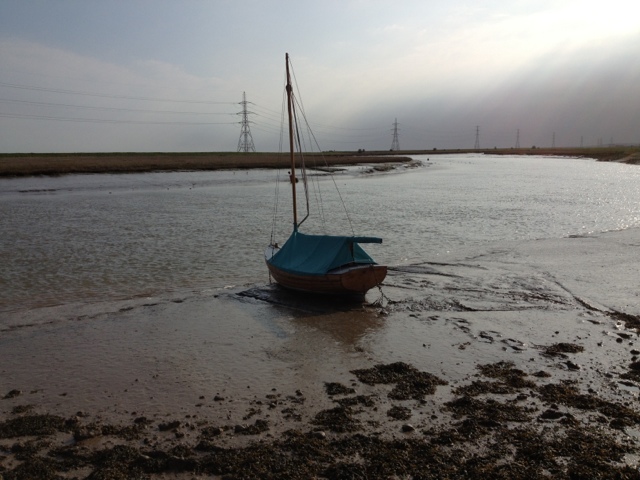 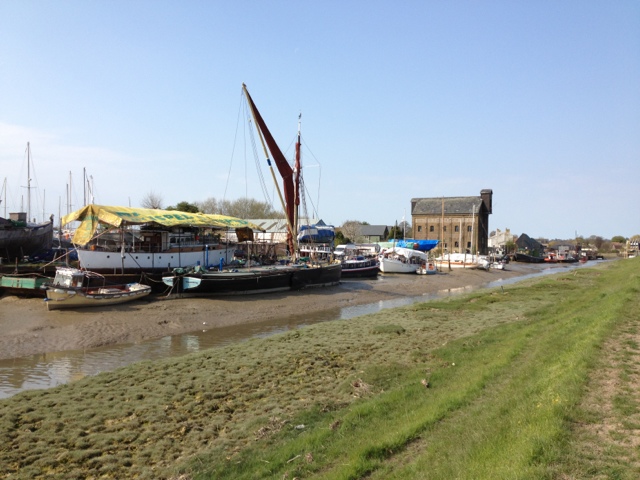 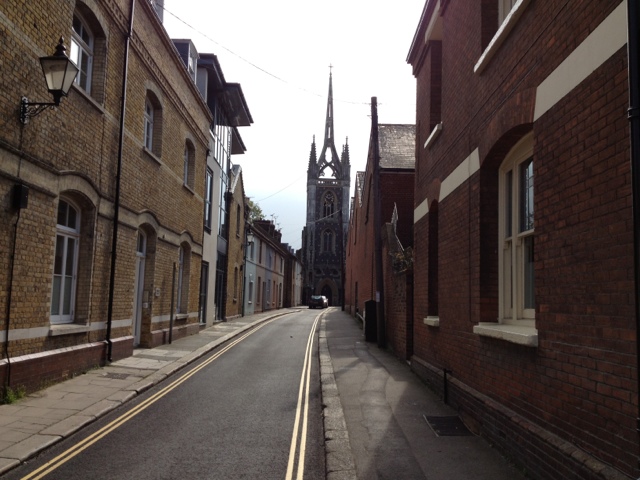 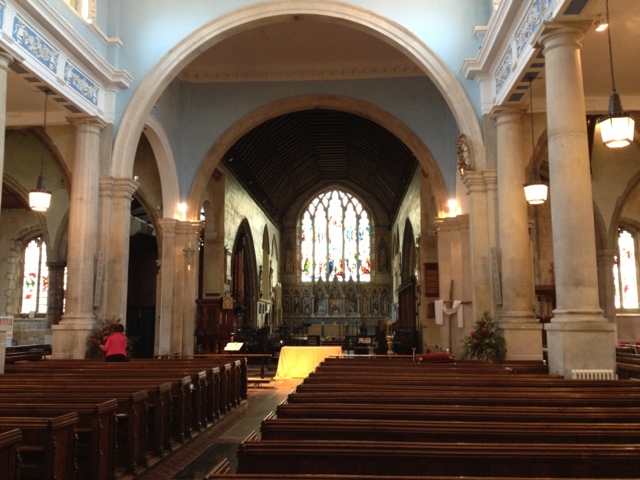 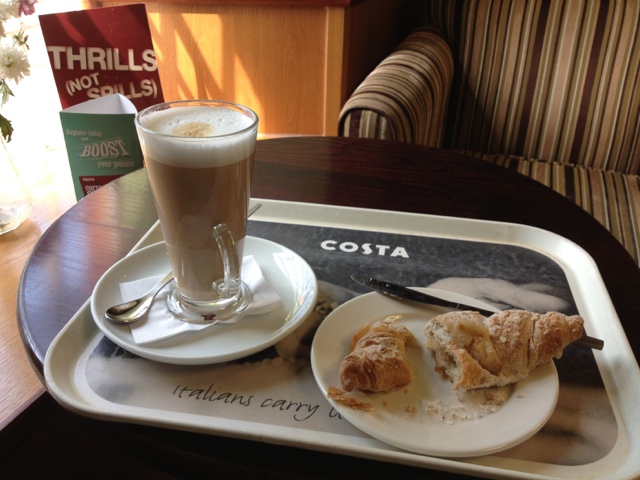 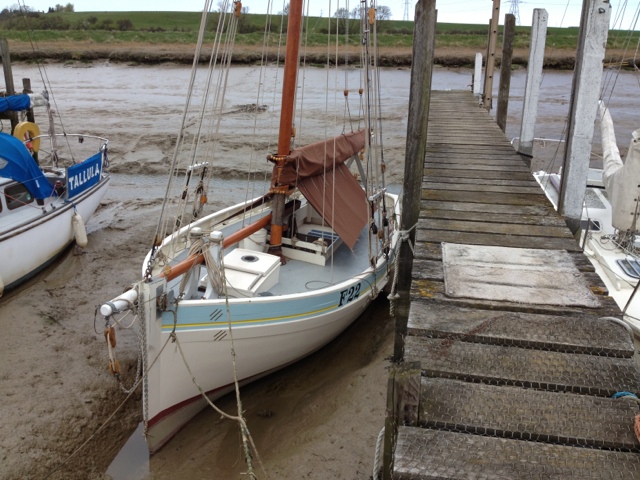 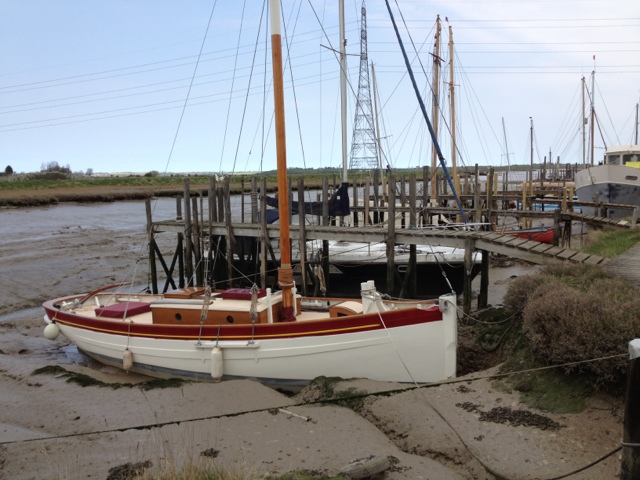 Posted by William Serjeant at 5:38 pm

Looks like a great day to sail round to Ramsgate today. Hope you have a wonderful trip.

I have just realised that your mast and boom look very similar to those that came with my Potter. I'll have to try and visit one of your stops on the way round and catch up. I'd love to see Sandpiper just to help me work out how best to set up my boat.

Ian, You will be very welcome. Today, Sat 4th May I was planning to sail to Dover. Winds forecast for tomorrow should be lighter; therefore a rest day at Ramsgate is in order.
Cheers,
Bill.

Do you ever try getting upwind with just a small jib and the motor? That's how I used to do it in my 17 foot Oday. Usually I had the motor (2 horse, 4 stroke) on half power too.

I have motor-sailed with only jib set, but the sea state was very bad because wind was against tide at low water. It would have been very unwise for me to have gone to sea.
Cheers,
Bill.