I woke up with the prospect of a very wet day, but there was plenty to entertain me as 'Sandpiper' lay to her anchor off Goathorn Point.
The forecasted strong wind did not materialise; instead there was a welcome calm. At low water two shags foraged in the shallows working their way along the edge of a nearby mud bank. Now and again they would lift their head to swallow morsels.
The wonderful silence was broken by the squealing of distant terns and the honking of a pair of geese that passed overhead.
There was a momentary pause in the drizzle, and the shags having gone, a startlingly white shag stood motionless at the water's edge. A sudden jab of his beak brought him the reward of a tiny fish.
'Sandpiper' gently bobbed and turned, revealing changing scenes through the open hatchway. Overhead, grey cloud indicated more rain was to come.
A solitary jackdaw pecked at seaweed by the wooden jetty where laughing children had fished for crabs the previous day. There was no sign of them or the sound of their laughter this cold, dank morning.
A floating platform with a crane and a digger trundled by, and it was later followed by a flatbed vehicle ferry, both heading for the Furzey Island slipway. A large dredger was not far behind. She promptly commenced dredging the fairway and continued until midday.
SU 949, a small cathedral hull fishing boat, passed close astern. Her solitary crew set his drag to skim the mudflats of nearby Brands Bay. Two identical craft turned up competing for a catch. After three hours of circling with engines droning they raced away.
There was silence again, apart from the constant pattering of rain. Then the 'Maid of Poole', a buttercup coloured tripper boat, driven like a bus, sped by sending her wash to violently rock 'Sandpiper' and to shake the bones of her skipper.
Lunch over, my friend Richard phoned to say he was in Poole aboard 'Condor', and that she was about to depart for St Peter Port, on the Island of Guernsey. With two others he would be delivering a yacht to the mainland.
The time is 16.40 and I shall be thinking of a warm and tasty meal to sustain me through this unusually bitter cold spell. A hot water bottle and my sleeping bag will help revive my toes that feel like icicles.
What the rest of the day will bring I do not know, nor do I know if I shall be sailing for Weymouth tomorrow.
Addendum at 18.50.
I had the unexpected privilege of meeting Jim Hall who turned up in 'Faith'. He had come from Christchurch Harbour, and confessed to me that he had motored part of the way.
Jim is a very worthy owner of his Mat Layden Paradox. He is an accomplished sailor who built a 21 ft yacht and sailed her by himself to far away places.
His visit was the icing on the cake and I thank him stopping and having a chat. 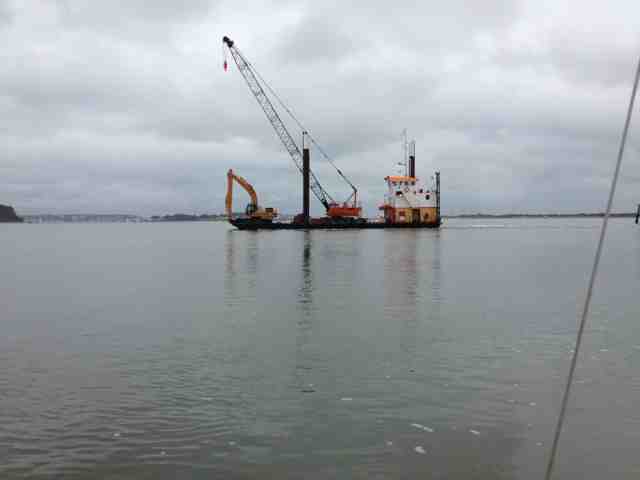 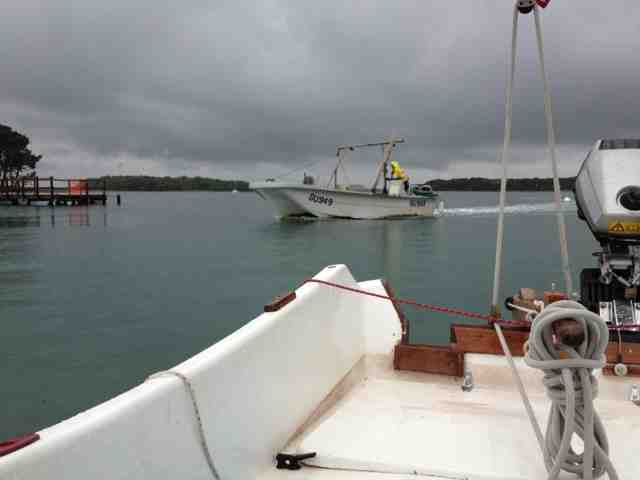 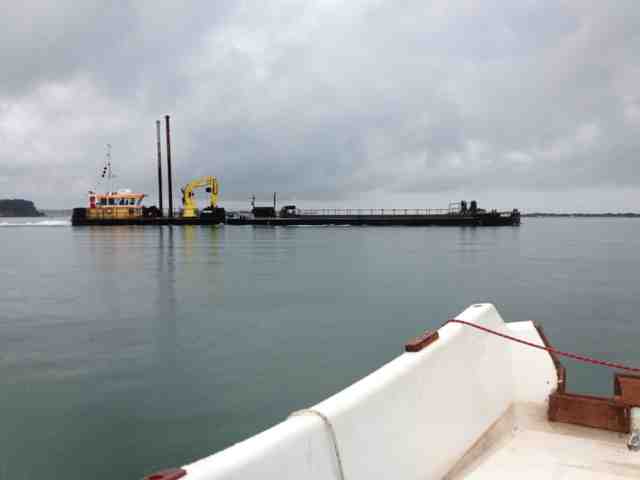 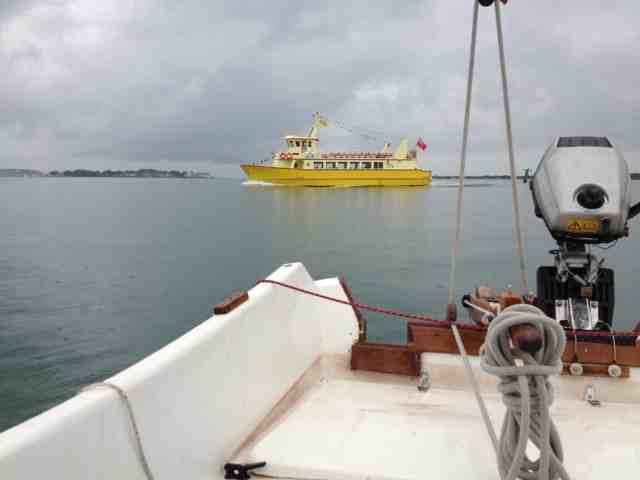 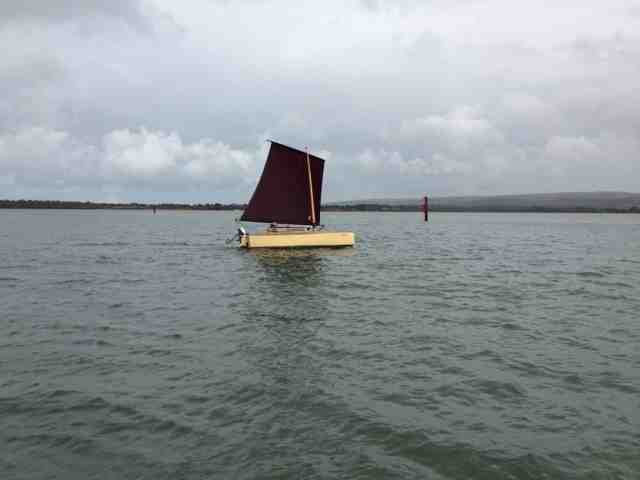 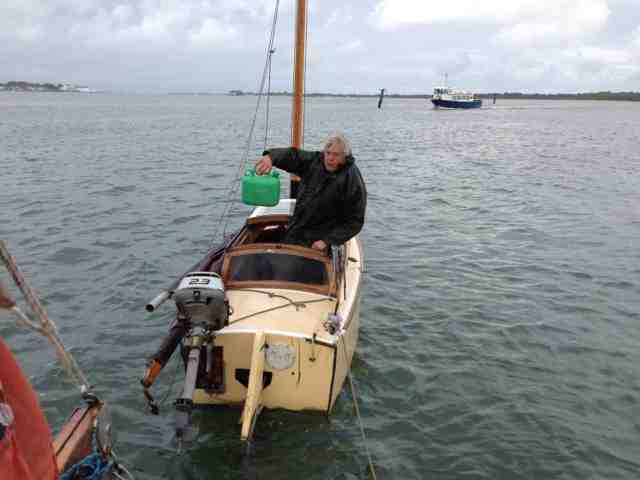 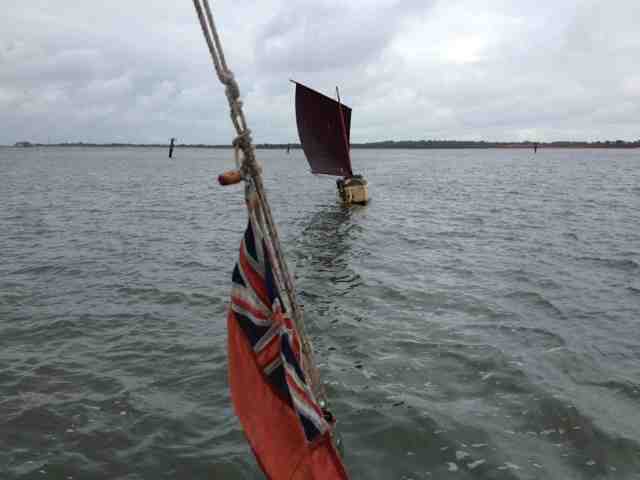 Posted by William Serjeant at 4:52 pm