I woke up at 04.15 and checked the inshore forecast for Gibraltar Point to North Foreland. The outcome predicted was for 'strong winds', east or north-east. I have had tussles before off the Foreland and I didn't fancy another one.

The sensible thing was to have a rest-day. I took the opportunity to attend to a few minor jobs such as freeing the paddle that had become jammed between the rigging screw and the side deck. I cleaned the inside and outside of the boat.

Andy Latham contacted me offering to help with anything. I told him I was going to try mending a sail batten that had snapped. He said he would make or buy one. I mentioned that I could do with three canisters of Camping Gaz. He said he would look for them.

As sure as eggs are eggs Andy turned up with a choice of beautifully made battens from an assortment of woods, and he would accept no charge. He also brought the butane canisters.

He is renovating a 'C' Type West Wight Potter; hence his interest in mine.

Shortly after he left, I was asked to move 'Sandiper' to berth outside a Nicholson 32. I was fearful that my boat would settle on the edge of a gully, but I've taken soundings with the lead and I think she will be OK.

I had an enjoyable walk to Oare and retuned before the boat settled. 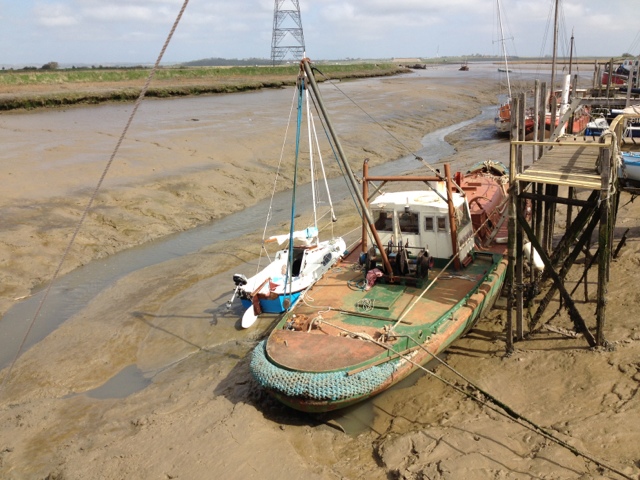 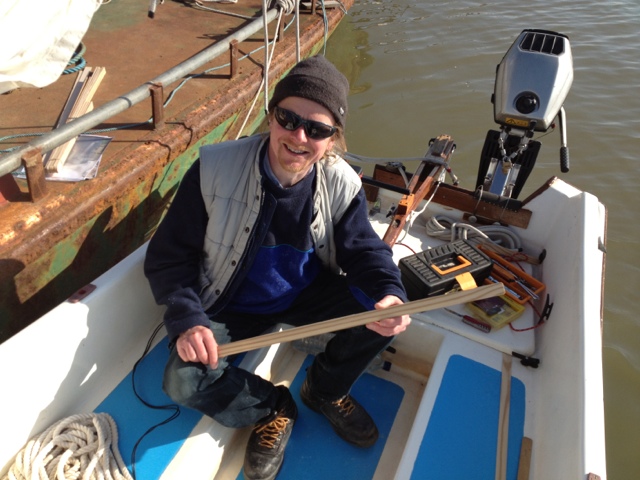 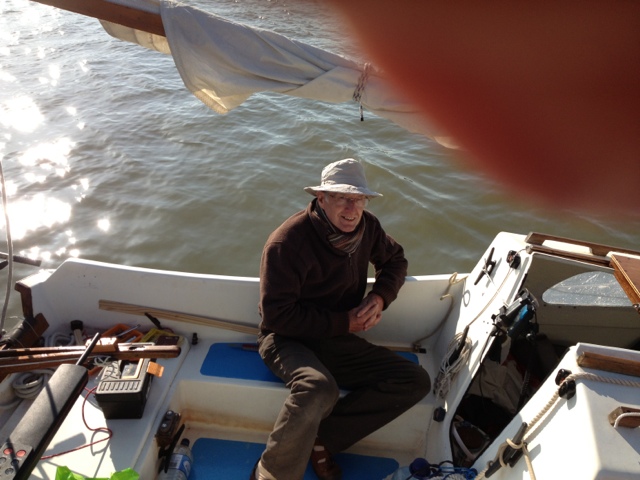 Posted by William Serjeant at 8:25 pm