At 05.15 I started the outboard and motored into the lock at Sovereign Yacht Harbour. There were two trawlers and a large yacht already there for the 05.30 lock out.
At sea over the shallows off the entrance to the harbour the waves were making 'Sandpiper' pitch a lot, but the Honda kept punching the boat into the waves, and with the help of the ebb she was doing four knots.
Visibility was very good so that I could steer by sight directly towards Beachy Head. Now and again the bow would hit a big wave causing spray to fly over the boat. In time my specs became caked with salt.
The yacht that left the harbour with me was well ahead by the time Eastbourne Pier was to starboard. Two trawlers were off Beachy Head.
After rounding the headland I was able to make sail and set a course towards Newhaven. A mile to the SW of the breakwater a Transmanch ferry crossed ahead and entered Newhaven Harbour.
The light wind from the SW picked up a little, enabling me to motor sail directly towards Brighton Marina. The chalk cliffs were startling white reflecting the sun making them contrast with the distinctly viridian sea
A flotilla of yachts left Brighton Marina marking the entrance which I kept in transit with a tall building beyond. Two miles to my destination I prepared the boat for mooring to a pontoon.
Once inside the Marina I checked out possible spots for going alongside and chose a place on the seaward side of the north/south visitors' pontoon.
I later walked the boat to a more comfortable position where she was away from washes generated by the comings and goings of many vessels.
The ablution facilities at Brighton Marina are the best so far. They are in private cubicles, each with a washbasin and toilet.
It was so calm that I cleaned the cabin and aired the mattress. I also bought more petrol, making both cans full.
The forecast for tomorrow gives very light winds, which suggests I shall have to motor again. 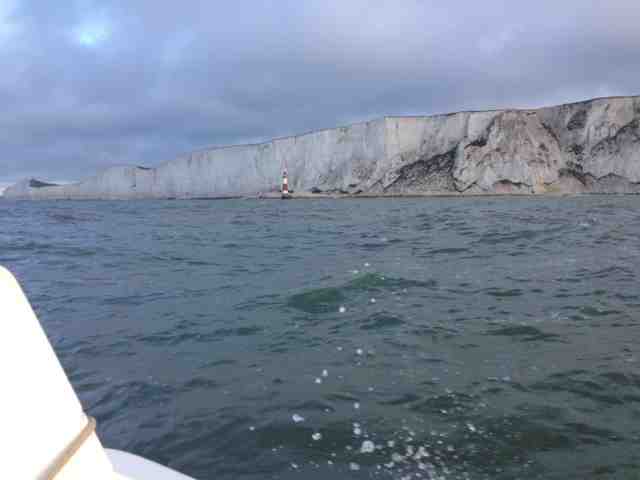 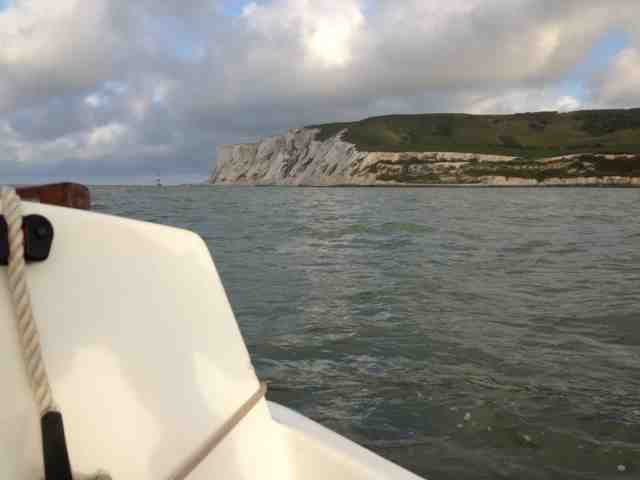 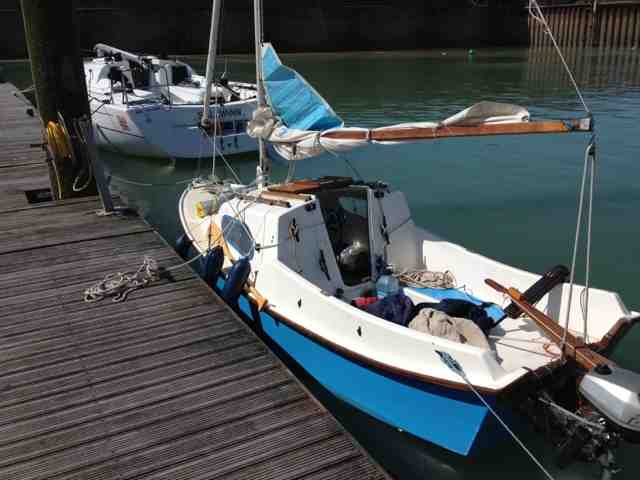 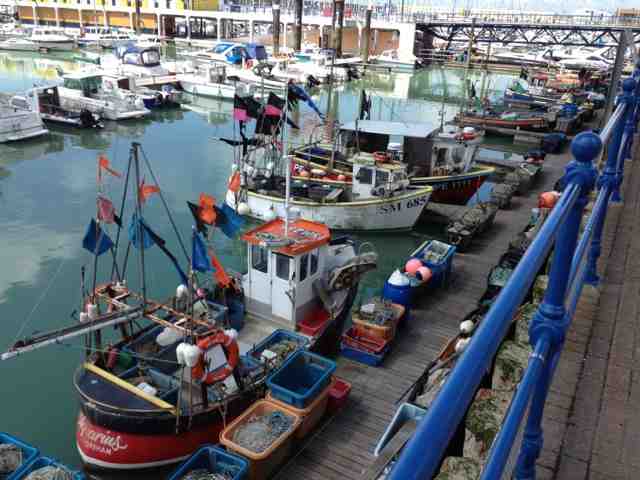 Posted by William Serjeant at 4:49 pm