Today has been a day to remember. My iPhone alarm summoned me at 01.00. An hour later, 'Sandpiper' was heading for sea. There was a slight headwind, but the spring ebb was running fast.
The lights of the Swash Channel showed the way, and the moonlight helped me pick out Handfast Point. Swanage Bay was illuminated by street lights and the headlamps of cars.
An avalanche of water off Anvil Point gave me a foretaste of what was to come when passing through the race at St Alban's Ledge, but I had not anticipated the severity of the pasting we were to receive.
I had underestimate how rough it would be, on account of there being only a light headwind. The steepness of one wave doused the engine, causing it to stop. The jib alone did not give sufficient speed for control. There was no way I could set the main on account of the severe motion. Going on deck would have been suicidal. Fortunately, the outboard restarted at the first pull, putting me in charge once again, but only just.
If you want excitement and the adrenaline to flow, I recommend running the St Alban's Race. I was amazed how well the Potter coped with breaking waves that put her on her ends.
I confess to having made a miscalculation that placed me in an awkward spot. I was hungry to take a shortcut across the Lulworth Firing Practise Area before firing commenced.
I was relieved to have the wind change in my favour when south of Lulworth Cove, and I was doubly relieved to be out of the firing range.
By then, the monochrome of moonlight had changed to tints of sunlight, and the warmth of the sun on my back was most welcome. Moon and sun were partners - the sun to the east and the moon to the south.
The sail from there parallel to the chalky cliffs of White Nothe was most pleasurable. Instead of sailing 30 plus I reduced the distance to 26 miles. With the help of the ebb the passage only took 7 hours.
Weymouth was as I remembered it when cruising 'Ladybird', with the exceptions of the new day mark tower that can be seen from miles away and the revamping of the facilities at the Harbour Office for yachtsmen.
The legacy of the Olympics has been for the benefit of visiting sailors.
As I write, the rain is lashing down, but I made good use of the sunshine to do my shopping and laundry. 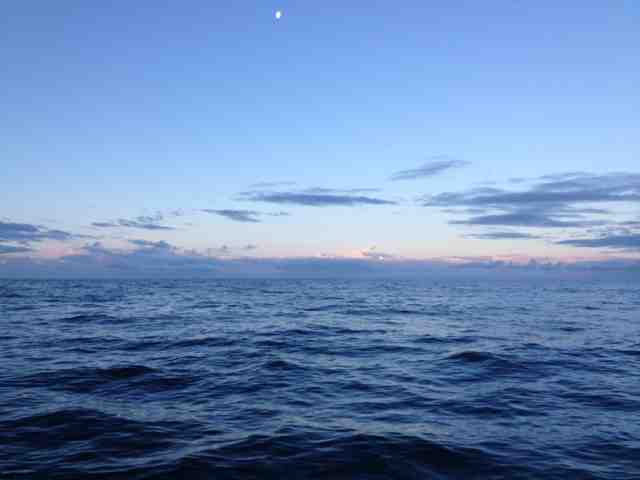 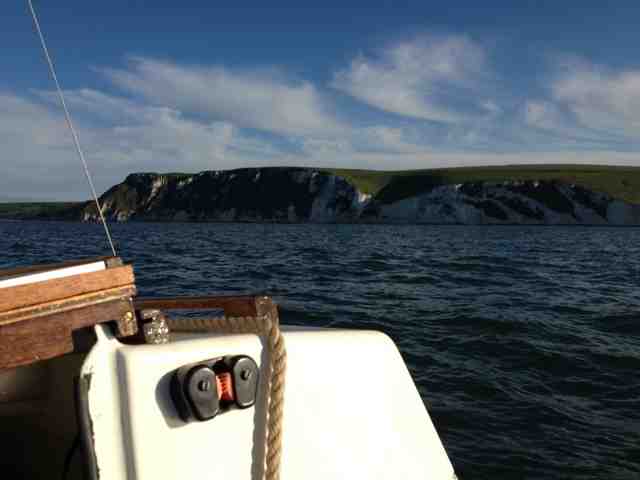 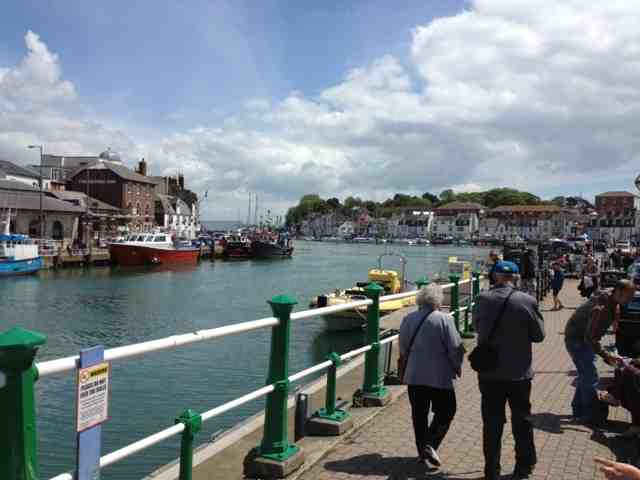 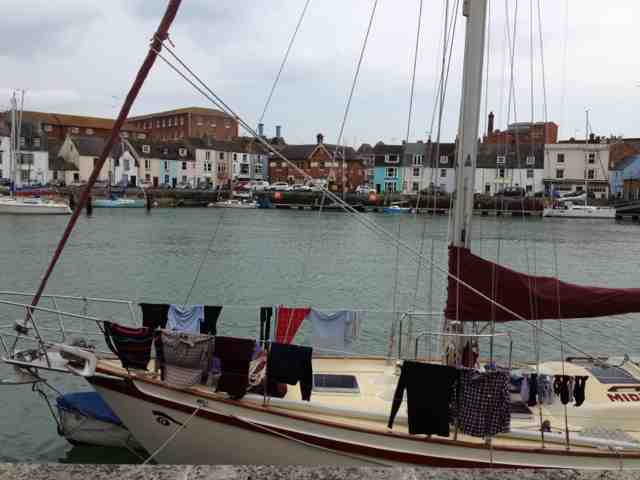 Posted by William Serjeant at 7:57 pm

Blimey.. remind me to stay clear of St Albans Ledge in future..!

reading your daily accounts with great interest. Wow, what a trip you are having.
Glad you came through the tough passage yesterday unscathed.
Have a good day today.
How are the sail battens holding out?
All best wishes.
Andy Latham

Andy, You'll note that from Part 36 the middle batten broke. I have replaced it with the lower one. I don't need a lower one, and I cannot put a deep reef in when the lower one is in place.
The batten you gave me is great.
Cheers,
Bill.

Steve, I've been through there before, but never like that. What would it have been like had there been a strong contrary wind?
Cheers,
Bill.