My intention was to travel by bus to Alum Bay via Newport, but while on the way I thought I would contact Jim, the owner of 'Faith', to ask him if he would like me to stop off at Shafleet, by the New Inn, and walk to the boatyard where we could meet.
His immediate reply was welcoming. 'Faith' was anchored at the time in the Creek. The walk from the New Inn took little more than 10 minutes to the quay at the boatyard.
I was delighted to meet Jim and to learn of modifications and additions he has done to his boat. He has removed the partition in the forepeak and widened the entrance to that part of the boat. He added a storage tank for drinking water in the forepeak and improved access to the battery.
Because there was a problem with the sheet snagging on the outboard, Jim changed the sheet lead, bringing it forward on the stern deck. Apparently this has made a lot of difference.
The biggest improvement by far has been a new sail with a higher peak. Jim says the sail has transformed the boat so that she sails better to windward and tacks more positively.
As a result, he seldom makes use of the engine. He also reshaped the yuloh, by giving it more twist; thus he has three means of propulsion.
I never did get to Alum Bay, because by the time Jim and I parted, it was too late. I wanted to do some shopping at Newport before returning to my boat.
Altogether, I had a very good day.
The forecast for tomorrow is grim - definitely not a day for sailing - force 7 likely, and rain. 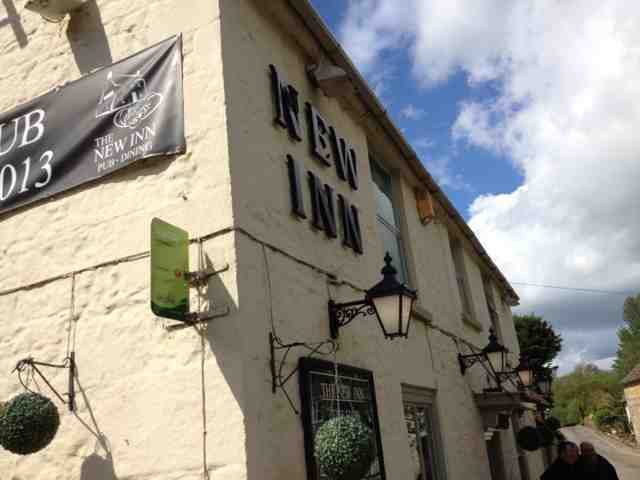 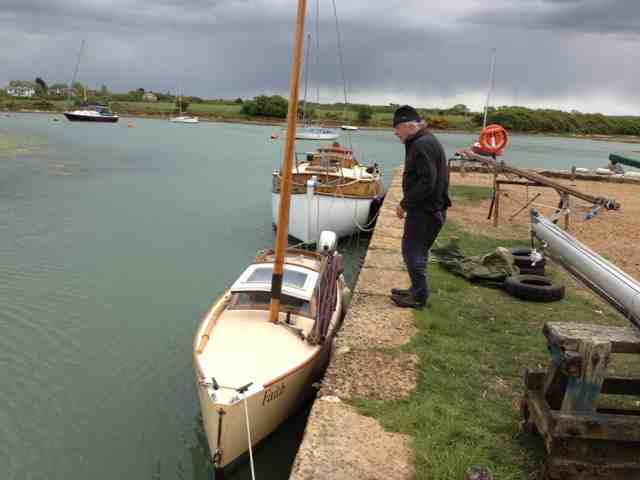 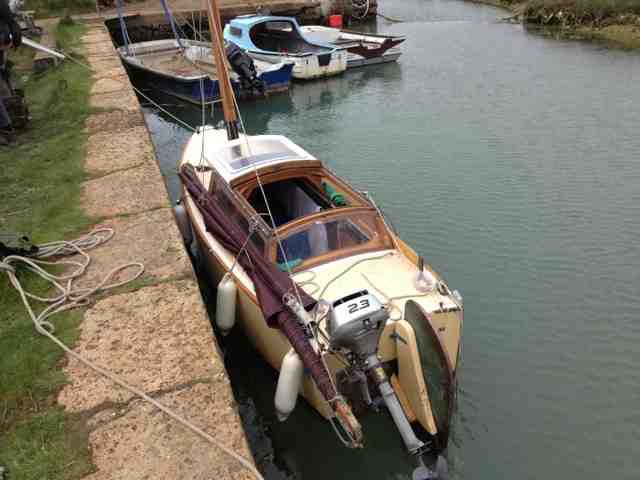 Posted by William Serjeant at 7:00 pm

Hi Bill...(Bembridge painter holding bow painter here) found your log as directed and must say it makes great reading for us land locked armchair explorers. Question for you...what is the exhaust looking type of pipe leading from faiths cabin please?

Jim made a heating stove fuelled by wood chippings or anthracite. The tube joins the chimney which is added on from outside. He tells me it works well, but has to be topped up every 20 minutes.
He has improved 'Faith' by the addition of things, including a mod to the outboard bracket for making it easier to lift.
Cheers,
Bill.

That explains it...thanks for that Bill, hope this weather turns in your favour again soon.
All the best,
David

Morning Bill ..if your still in Cowes today with time to kill theres the Classic boat museum well worth a visit by anyone interested in small craft.Sited in their new premises about 1/4 mile north of the chain ferry.
Have a great day.
David

Glad you found the pub OK. We were introduced to it by some friends that lived on the Island until a couple of years ago - now in Brittany. We had a great day with them following the Round the Island race.

Shame the weather is against us - I won't be down on the South Coast for some days now as I'm heading for the Broads for a break. Should be sailing an old Half-Decker on Monday - my first time under sail for a while.

Hope the winds are kind to you.