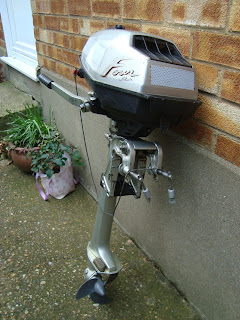 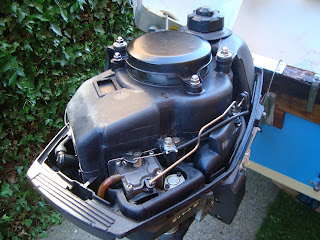 An inboard engine on such a small boat would be out of the question. The only alternative is an outboard motor powered by petroleum or electricity. Weight is a consideration, because a heavy outboard would adversely affect the trim of the boat. Fuel for the outboard is another heavy item requiring safe and secure stowage. Placing a volatile fuel such as petrol in the main cabin would be foolish. Storing fuel in the aft locker has its risks, but there the dangers are reduced. If fuel is spilt, at least it is contained, but one would have to take care not to ignite the fumes accidentally. Disposal or dispersal of the spilt fuel would not be easy.


An electric outboard has its attractions:  this type of engine is quiet, environmentally friendly and it is lighter than a comparable petroleum outboard. A battery for powering the engine could be stowed low amidships. I know that is the not the best place for efficiency, because a long connection lead results in a loss of power. The most off-putting thing about electric engines is their inability to run for long periods unless they have multiple batteries supplying their energy needs. For raw power, a petroleum outboard invariably outperforms an electric outboard. 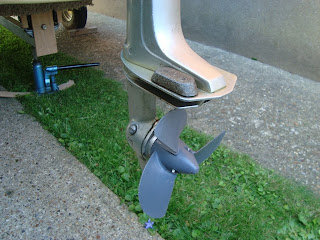 I do not like petroleum outboards, but I chose to have one in preference to an electric engine, mainly because they can run for longer periods if several jerrycans of petroleum are safely stowed aboard the boat. She will have a greater range than with an electric motor that depends upon one or two 12 volt batteries.


My four-stroke outboard has the advantage of not requiring oil to be added to the petrol; that in turn makes for a more eco-friendly machine.  Small outboards such as ‘Sandpiper’s’ Honda 2 HP four-stroke engine are economical, because they consume little fuel. These modern outboards are quieter and lighter than their predecessors.

BMW Remaps Manchester tuning services are carried out using some of the very latest and most advanced ECU remapping/chip tuning tuning software available. BMW Remaps development engineers are among the world's leading experts in the field of vehicle tuning.

This is an intresting blog that you have posted, you shares a lot of things about ECU Remaps,Particulate Filter RemovalDigital tuning box.
Which are very informative for us.Thanks