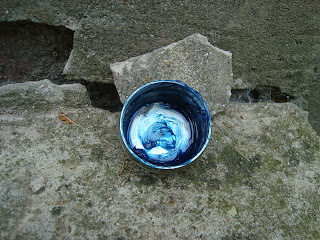 I’ve owned a few small trailer sailers, and with each one of them I’ve spent far more time preparing and checking them than their trailers, but without roadworthy trailers they would have remained at home.


When I bought ‘Sandpiper’ I was told by her owner that her trailer was almost brand new. Certainly it looked in pretty good shape. Since then the trailer has only done 90 miles; therefore the wheel bearings should be in excellent condition.  When I launched 'Sandpiper' at Burnham Yacht Harbour, almost a month ago, I could not persuade her to come off the trailer until the wheel bearings were submerged. I was a bit reluctant to let this happen, but I recalled that I had the same problem with all except one of them. 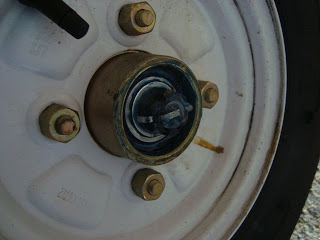 Because the wheel bearings were submerged, albeit for a brief period, I thought it would be prudent to examine them. I should have immediately done so after launching ‘Sandpiper’, but that was not feasible, because I had to moor the boat and cook a meal before turning in for the night.


I forgot all about the bearings until a few days ago. I managed to remove the hubcap from the offside wheel before heavy rain prevented me from doing likewise to the nearside wheel.  Later, when I tried removing the nearside hubcap it refused to part from the housing; furthermore, rain stopped play again. Maybe I’ll have another shot tomorrow.


The forecast is for sunny weather over the next few days. Most likely I shall take ‘Sandpiper’ to the River Crouch. I've not decided where I shall launch her: Hullbridge, North Fambridge or Burnham. The proviso is that I must first remove the nearside hubcap to see if the bearings are OK, or I’ll not be going anywhere.

Posted by William Serjeant at 5:42 pm

BMW Remaps also offer a mobile service as well as a workshop service. So if you reside in and around Manchester, near area's such as Liverpool, Bury, Rochdale, Blackburn, Preston, Cheshire or within a 35 mile radius then we can come to you.