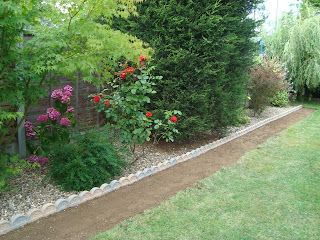 Goals are a means of achieving an objective; in the case of a football match, the team that scores the most goals is the winner. At this moment in time there are several ocean sailors looking to score goals. I mentioned Sven Yrvind yesterday, who wants to score a goal by visiting the island of Madeira while on his way to Florida. After Madeira, he will want to reach the West Indies before continuing to Florida.


Closer to home, there’s a series of yacht races under the banner of ‘La Solitaire du Figaro’. Solo competitors are racing identical 10.10 metre Figaro Beneteau 2 yachts. Finishing each of the four legs are the main goals of the sailors, but inwardly they must want to win as many of them they can, and ultimately, their dream would be to be the overall winner. The last leg will start at Les Sables-D’Olonne on Sunday, 21st August, and the race will finish at Dieppe.


My son-in-law scored a goal today by completing the penultimate stage of reinstating my back lawn; he filled the void that was caused by the removal of the old concrete path. One more goal has to be scored to achieve the objective, and that’s to lay turf over the topsoil. Unfortunately, my son-in-law will not be able to lay the turf, because his holiday will end before freshly cut turf will be available on Friday from B & Q. 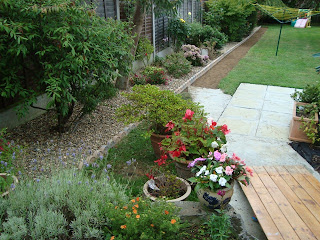