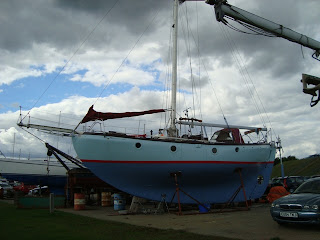 Concrete as a construction material was first used by the Egyptians when they built pyramids 5,000 years ago. Ancient Romans made the largest unsupported concrete structure when they created the Pantheon in the early second century AD. More recently, architects Le Corbusier and Pierre Jeanneret designed the iconic concrete Villa Savoye at Poissy, which was built between 1928 and 1931. After renovation it was opened to the public. Today, concrete is considered to be a sustainable building material.


In the 1850s Joseph Monier invented the construction technique, ferro-cement, which is an application of Portland cement, mixed with sand to layers of steel mesh or rods, enabling the construction of compound curved structures such as those found in boats. Nowadays, this method of construction is known as ‘reinforced concrete’, and in some countries houses are built with it. 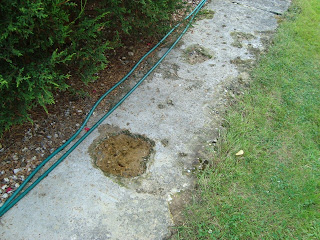 When I moved into my house over 40 years ago, I had a concrete path made that extended the entire length of the back garden. It has seen better days, and after recent very cold winters, the concrete is failing, so as to become a hazard and a danger to anyone who may walk on it. My wife has decided the path must go, and be replaced with grass which will improve the appearance of the garden. 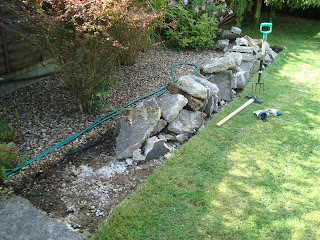 Path in the process of being removed

Today, I started demolishing the path which was not reinforced in any way when it was laid down. Nevertheless, destroying the path requires repeated blows with a sledgehammer and removal of the bits by levering them from the ground with a garden fork. I was reminded that I read somewhere that reinforced concrete is resistant to impact, and of such material many boats were built in the 1970s; several of them are still going strong today.


The World of Ferro-cement Boats


Is this the earliest example of concrete housing?


Egyptian Pyramids used some the Earliest Concrete Cast by any Civilization