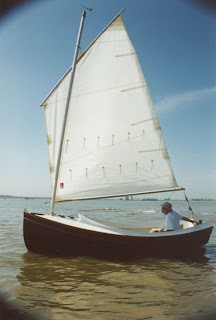 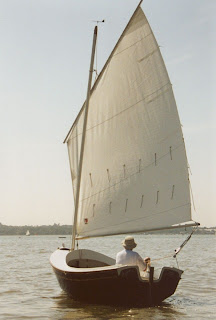 I can’t remember when, but I met Douglas Jones at a Dinghy Cruising Association gathering at Cobnor, Chichester Harbour. He had brought along with him his John Welsford ‘Houdini’ dinghy that he so well built. Seeing the boat in the flesh, I was surprised how large she appeared to me. She was only 13’ 2” long, but she was very wide (5’ 10”). The cumulative effect of her width and the generous depth of her topsides made her look much larger than I had anticipated. I suppose in truth, that the size of a boat cannot ever be assessed by length alone. Volume and displacement give us a far better understanding of a boat’s size. 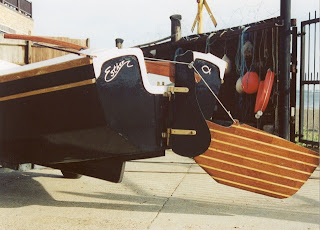 Douglas named his boat, ‘Esther’. Presumably he gave her this name after the lady who became Queen of Persia more than two thousand five hundred years ago. An entire book of the Old Testament section of the Bible revolves around her. The story tells of how she became queen and how she was used of God for saving Jews at that time from being exterminated. My presumption about the name is derived from the tiny logo in the form of a fish* on the transom of his boat. This symbol is used by some Christians to convey to others that they are followers of Jesus.


Douglas gave me photos of ‘Esther’ which were published on my old Small Sailboats website. I am reproducing them here. 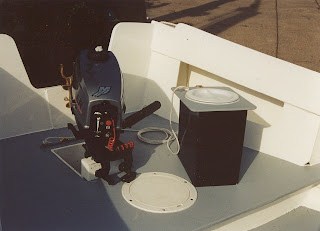 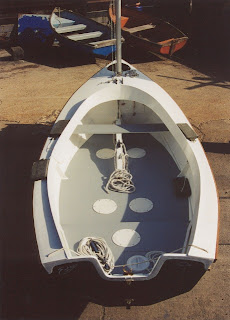