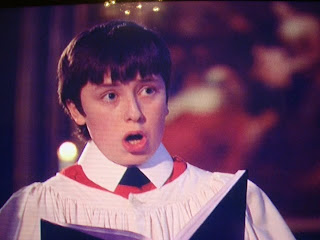 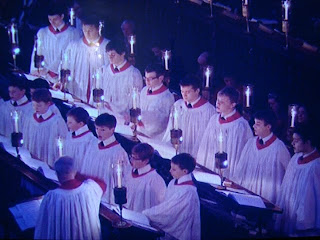 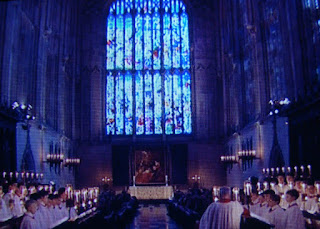 You know it is Christmas Eve when you hear carols being sung by the choristers of Kings College, Cambridge. The tradition is for the service to be broadcast live on BBC Radio 4, starting at 3.00 pm. This year a similar service was recorded and filmed earlier in December for broadcasting on BBC 2 in the evening, and I had the privilege of listening to it while viewing the superb setting within the late Gothic Chapel via the screen of my ancient television set. As an experiment I took a few photos of various scenes with my Sony Cybershoto 7.2 Mega Pixel camera and I was surprised with the results which I am sharing here. 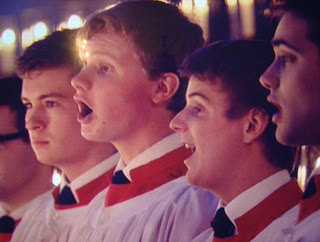 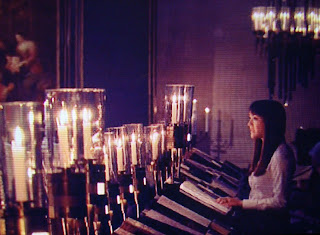 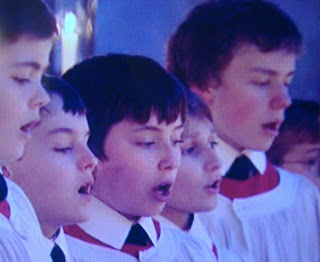