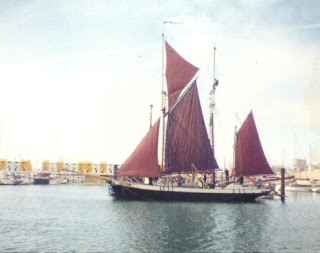 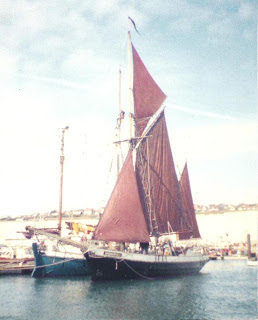 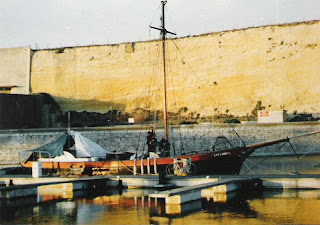 In 1985 and 1986 I worked as the skipper aboard the ‘Speedwell’ under the employ of the Discovery Dockland Trust. She was based at Brighton on loan to the Trust. My brief was to supervise the fitting out of the vessel, with much of the work being undertaken by people who had been unemployed for more than two years. This was a government sponsored scheme inspired by Margaret Thatcher. I was required to instruct up to thirty people the basics set out in the RYA Competent Crew syllabus and provide them with practical experience at sea. Those who had already obtained RYA qualifications and were able to study for the Yachtmaster Certificate were given instruction to that level. In addition to the above, I was responsible for providing on the water experience to students from educational establishments, including supervised individuals from youth custody centres, loosely termed Borstals. Altogether it was a tall order, but a challenge I relished. I will point out that of the photographs published here none contain images of youngsters from youth custody centres. 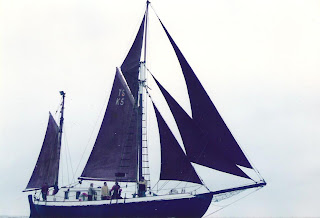 
The Discovery Dockland Trust had on loan several other vessels, but the partner ship to ‘Speedwell’ at Brighton was the Colin Archer, double-ender, the ‘Larvik’. She was a fine sturdy gaff ketch, but she could not match ‘Speedwell’ for performance on and off the wind. Sometimes both vessels would sail in company perhaps from Brighton to Gosport or from Brighton to Fecamp. In the summer of 1986 they sailed in company to the Channel Islands where they rendezvoused with other Trust vessels; two of them were ex- Motor Fishing Vessels. When the yachts were not on long haul trips, they were often used for day sailing. There was a rule that if winds were stronger than force 6, vessels were required to remain in port. On those occasions, extra tuition and maintenance activities took place. I was proud of my team of thirty people who eventually gelled as a team with a matching spirit of cooperation. They were a group of very different individuals from diverse backgrounds, having certain abilities, skills and temperaments. 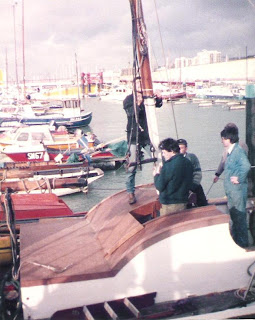 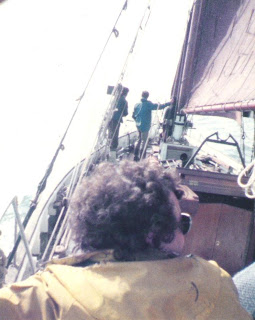 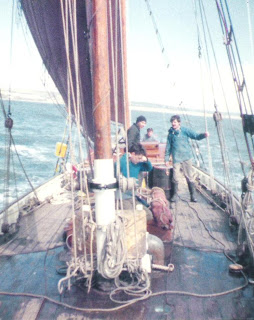 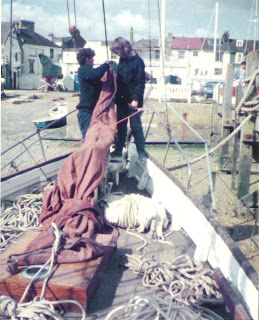 
Originally she was an East Coast Oyster Smack, built by William King and Sons at Burnham-on-Crouch in 1901. She was first registered as CK 314 by Smith Brothers of Burnham, but for much of her working life her home port was Whitstable. I believe her present home port is Shoreham.

Rig Originally a gaff cutter with smack configuration, but converted to
gaff ketch.

Engine In 1986 her old 18 HP Dan Marine paraffin engine was replaced with a Gardners diesel.

In 1976 I sailed from West India Docks to Zeeland in the Netherlands. I have a couple of photos if you're interested.....

I left out a vital point - we sailed on the Larvik