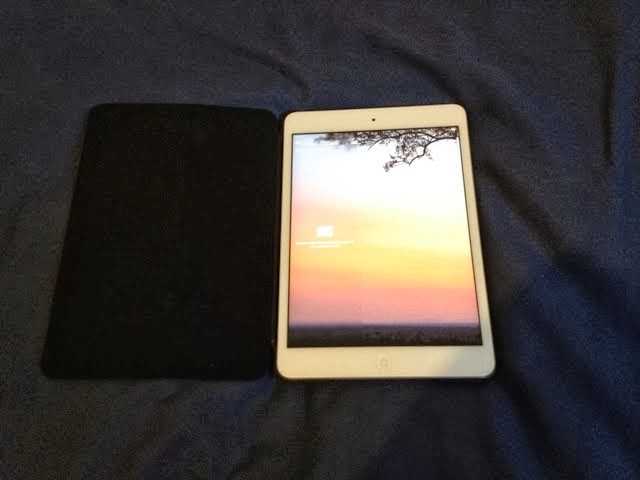 I last made mention of my mini iPad on Friday, 7th February. Basically I was fed up with the online company from whom I bought it, because they were not playing ball. They had promised to pay UK import duty of 20 percent; instead, they invented numerous excuses for not doing so.


I could have given up on ever receiving what was rightfully mine; instead, I kept reminding them of their obligation to pay what was due. Eventually, I had to resort to saying I would reveal how they were mistreating me and others. Mention of my blog and Twitter did the trick. They realised I was serious, and shortly after the threat of global exposure I received an email saying they would indeed transfer funds into my account.


I really didn’t know if this was yet another delaying tactic, a lie or the truth. I gave them the benefit of the doubt, and last Tuesday, much to my surprise, they transferred the money to my account.


I was reminded of the story of the importunate widow who wanted justice, and in order to get it, she kept on and on to the unjust judge. (Luke 18:1-8) Jesus told a similar story of persistence about a friend who required a loaf of bread. (Luke11:5-9)


If at first you don’t succeed, try, try and try again.*

It just goes to show. I'm not very trusting when it comes to things like that!

I'm starting to purchase main items for PUFFIN's construction (The full-size PUFFIN). A 50 meter roll of 300g Glass Cloth arrived a few days ago. I'm made up an order for all the epoxy materials and will get them shortly. Will have to wait a bit longer before I can get the plywood. It's far to wet still to have that lying around.

Not done a lot more to the model as everything was on hold for a few weeks getting ready for my daughters wedding, which was last weekend. As soon as the weather breaks, it's full steam ahead.

Well-done Steve, I hope all goes smoothly with building your full-size Puffin.