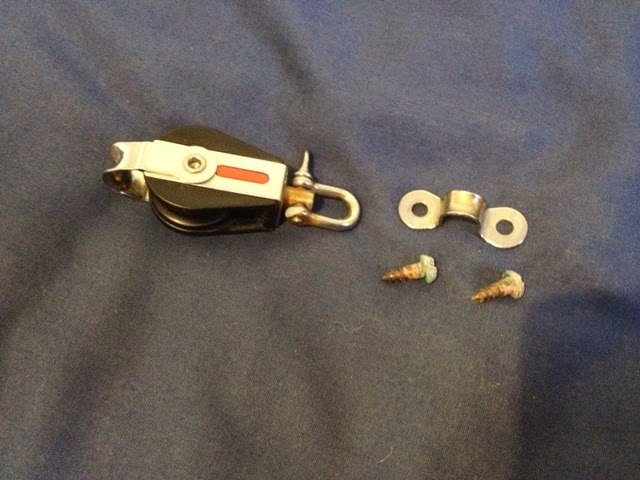 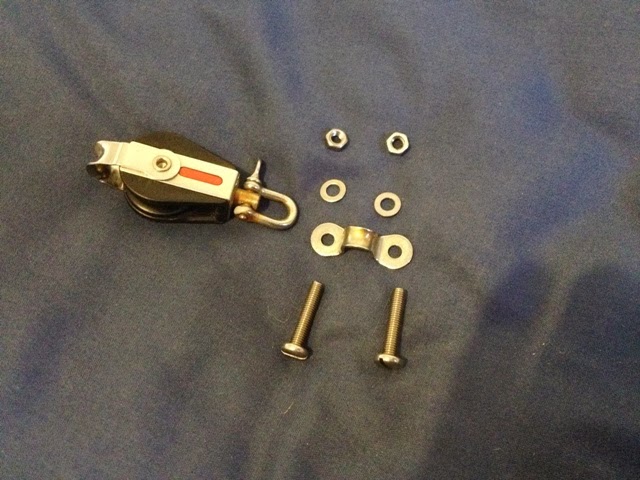 New block for the topping lift 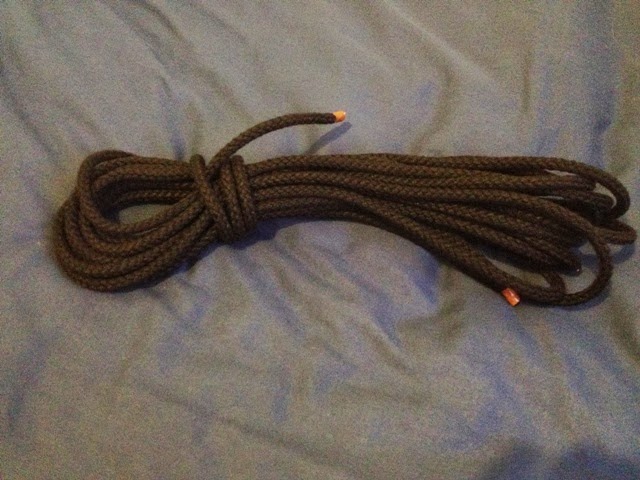 
I had a bit of a shock when I checked the blocks for the furling line and the topping lift. In fact, only the furler block was there. A close inspection revealed that the block for the topping lift had been pulled free from the bulkhead and was no longer there. Two small holes revealed where the retaining screws had been. The furler block was similarly held in place by two tiny screws. Only by the grace of God was it still attached to the bulkhead.


This situation necessitated a trip to the chandlers for buying a suitable block for the topping lift and nuts and bolts for fixing both blocks. While I was there I also bought three fairleads for attaching fenders to the port side of the boat, and a 9 metre length of Terylene rope for use as the hauling part of the topping lift. The cheap Polypropylene one I initially set up was no good, because it kept slipping out of the jam cleat. I retained the fixed Polypropylene part of the topping lift and tied the new rope to the eye at the apex.


Those few goodies cost me £36.20 – amazing! Incidentally, back in the early 1970s there used to be four chandlers within the boundaries of Southend-on-Sea, Westcliffe and Leigh; now there is only one. Hard times and purchasing through the Internet are largely to blame.
Posted by William Serjeant at 8:56 pm