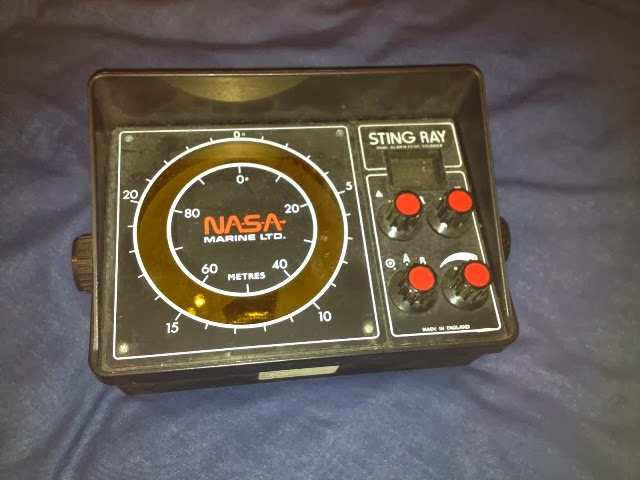 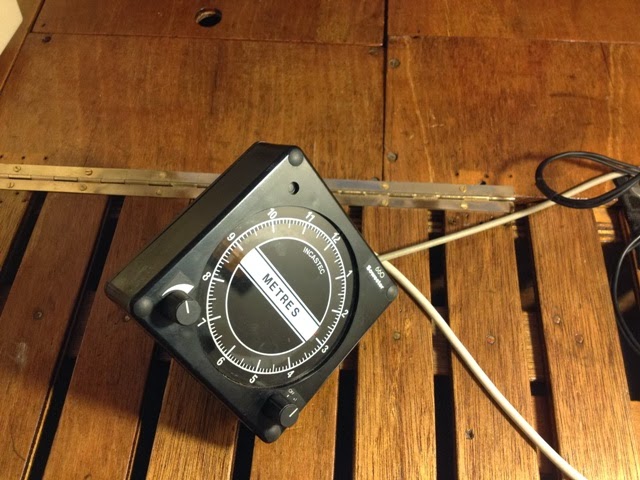 My associations with depth sounders/echo sounders have not always been happy. I had a NASA Target 2 Depth Sounder on ‘Ladybird’ and it played up. I have subsequently learned that the present owner of ‘Ladybird’ has experienced similar trouble with same depth sounder.


In November of last year I acquired a NASA Marine Sting Ray depth sounder by winning it on Ebay. I was aware that the sounder lacked a power cable, a transducer, and a transducer cable, but what I didn’t realise was how costly replacements would be.


In response to my November article about the Sting Ray, Paul rightly commented that it could be power hungry. I gave some thought to the matter, but continued looking for replacement parts. As cheap replacements could not be found, I more or less gave up on the Sting Ray. I further rejected it on account of being bulky. Modern depth sounders are far more compact and less power hungry.


Two days ago a neighbour offered me a Sowester EchoPilot 660 that he no longer wanted. The gizmo came with a transducer and cable, but what I didn’t realise was that the transducer cable was not suitable. I only became aware of this when I examined wiring within the cable. There were four very fine wires in the central core instead of the usual thick one, and the total diameter of the cable was thinner than it should be.


An Internet search revealed that any of the old type 150 khz transducers and cables will do. They work out at about £33, inclusive of packaging and postage.


The Sowester 660, once manufactured by Incastec Marine of Ringwood, was considerably smaller than the contemporary Sting Ray – hence more attractive from my point of view, but I have yet to make up my mind whether I should buy the missing parts for the 660.


I do not believe a depth sounder is essential, but being able to obtain an instant sounding can be very helpful and it could make a vital difference in a tricky situation. Meanwhile I have a lead and line, and I could make a sounding pole for use in shallow water.

Hi Bill , I always detested those old depth sounders and couldn't wait to get a new digital one. These days I would just buy a cheap garmin fish finder which is of course a depth sounder that also shows fish....and more importantly the contour of the bottom. Once you are used to them you can also identify if the bottom is rocky,muddy or weedy etc.
Cheers
Paul
http://www.priceme.co.nz/Garmin-Echo-100/p-885132189.aspx

P.S. They are also far less power hungry too

Hello Bill, I saw you mentioned a sounding pole. Why not paint some discrete gradations on the yuloh?

If I become desperate for a depth sounder I might indeed part with £100 to get one.

When I owned 'Sandpiper', a West Wight Potter, I sometimes used her paddle as a sounding pole.

She had a centreplate which was a good indicator for shallow water sailing.