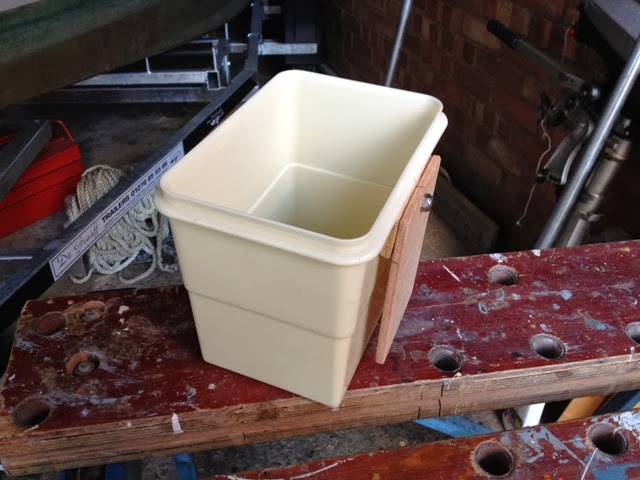 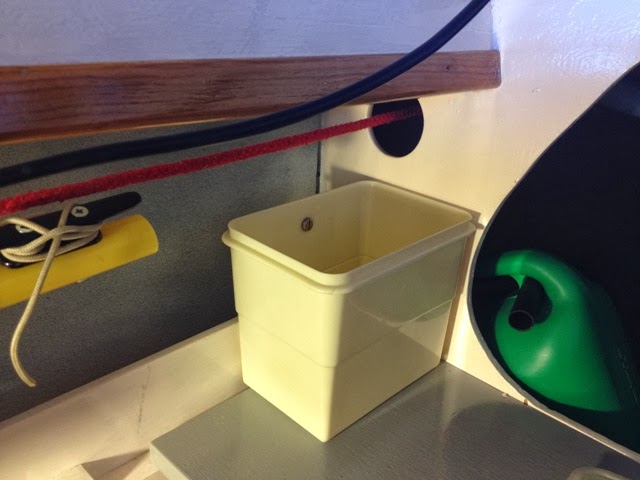 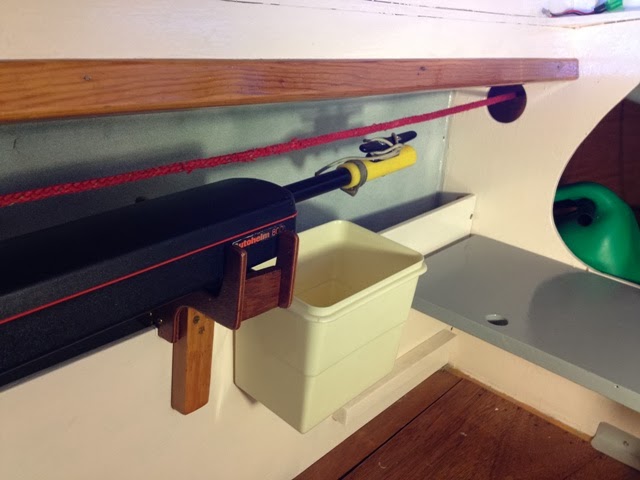 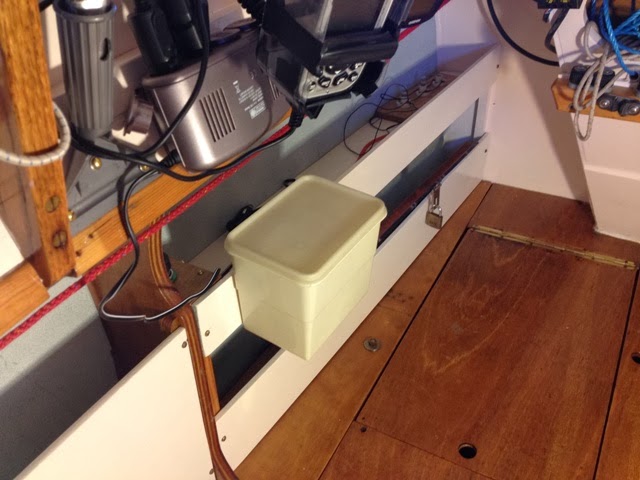 Four years ago I visited the London Boat Show and out of curiosity I looked at a large and very expensive sailing yacht. There were several things that seemed odd, but two of them were very strange. She could only be steered from within her cabin, which meant the helmsman had restricted vision forwards and no vision aft, except by observing a CCTV screen. The other oddity was that she had no inbuilt waste bin!


‘Minnow’ can be sailed by her solo crew from within her cabin, and he has good all-round vision and a waste bin!


A waste bin for a cruising yacht is essential. What do you do with your rubbish if you don’t have one? Bung it in a plastic bag - but even a plastic bag must have a home. Most commonly, it is hung on a hook. When the boat moves the bag moves. If the bag develops a hole or splits, contents spill on the floor. Ideally, a trash bag should be contained in a box of sorts, preferably one with an easy to open lid. The box should be fixed, so as not to slide around or tip over.


Don’t underestimate the importance of a good waste bin as part of the equipment aboard a cruising yacht.


‘Minnow’s bin can be clipped to the side lockers in a number of places without impeding any moving or movable items such as the Autohelm, steering lines, locker lids and the helmsman’s seat. I grant you the bin is not large, but in my experience it is big enough to hold an average day’s rubbish generated by one person. At the end of the day the contents can be transferred to a plastic bag stowed in the forecastle.
Posted by William Serjeant at 7:17 pm