Who is the Skipper? 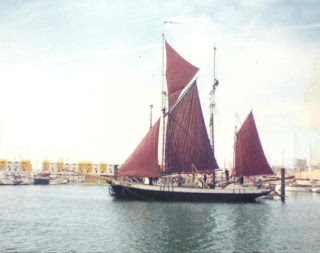 
Who is the skipper on your boat? That’s not a difficult question to answer if you are single-handed, but if there’s a full crew the answer could be terribly important. If the wrong bloke is in charge the consequences could be disastrous.


Who wears the pants in your house? I’m not entirely sure. Well, this could lead to problems. Who is boss at your work? I know who is meant to be the boss, but he’s wishy-washy, feeble and lacks authority. People do as they please, and the place is falling apart. There’s no unity, no sense of purpose, no real mission, no direction. Oh, please find someone who can lead us!


Who is in charge of our country? Who runs the European Economic Union? Who is top dog in NATO and who leads the United Nations?


What are the characteristics of a good skipper? One who is competent, one who can be trusted – he knows his job inside out - one who can manage his crew with authority. The key characteristic is ‘authority’. How does he acquire authority? His crew respect his position when they see that he is capable; that he has the credentials for doing a good job. First and foremost his key task is for the safety and wellbeing of his crew for whom he is responsible. He is there to serve them. He is not there to lord it over them, or to be the Bligh of fiction.


Authority can not satisfactorily be conferred unless those subject to it go along with or support that authority. Force can be applied, but the subjects are not willing participants. They will not heartily enter into a spirit of cooperation with a leader they do not respect. Police Crime Commissioners have recently taken office, but with only a tiny minority of citizens voting. Commissioners have a dilemma, because they have no real authority conferred by the people. They are not respected by the people who would not vote, either out of ignorance through lack of information or because they had no enthusiasm for the concept. Their task is an uphill one, because they have to earn the respect of people and police and they have to prove they have real authority to bring about constructive and effective change for the future.


A good skipper is one who has authority.


Matthew 20:25, 26 ‘But Jesus called them to Himself and said, “You know that the rulers of the Gentiles lord it over them, and those who are great exercise authority over them. Yet it shall not be so among you; but whoever desires to become great among you, let him be your servant.”’