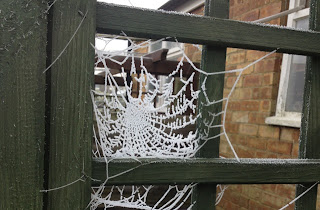 Yesterday was the twelfth of the twelfth, twenty twelve, and my phone and Internet connection were down. They still are, but I’m able to get online via my T-Mobile dongle, which I highly recommend to anyone wanting a mobile connection.


Wednesday morning was crispy white, indicative of a visit by Jack Frost. Of special interest to me were the heavily encrusted cobwebs decorating the garden pergola. There was no sign of the long legged creatures that spun them; in fact, I doubt any of them would have survived the freezing temperature. 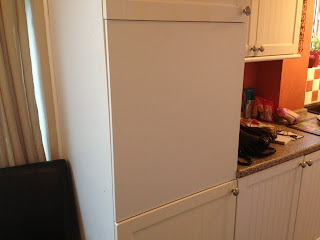 The best place for me under those conditions was to remain indoors. I would transform the space where the old stove had been into a cupboard for my wife’s cookbooks. I would have to add a door and make a shelf.


Because I had to buy a plain white door, I couldn’t avoid stepping out into the cold and scraping ice off the windscreen of the car. 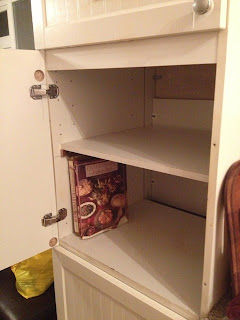 Homebase didn’t have anything suitable, but I found a plain door at Wickes. It was too long; therefore I would cut a strip off the bottom.  Back at home all went well and when I had finished, the door perfectly fitted. Later that evening I noticed it was binding on the one above. This came about because heat from the central heating boiler caused the door to expand. 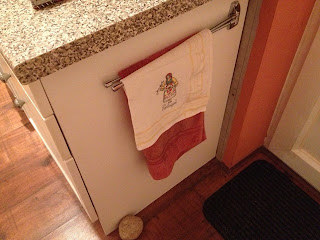 Today I raised the upper door to be clear of the lower one. I also made a shelf for the new cupboard and attached a towel rail to the workbench by the kitchen door.

Posted by William Serjeant at 9:16 pm