Boxing Day Sales and an Intimidating Experience at M & S 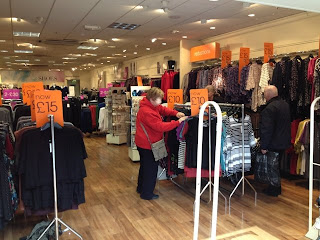 I was visiting Chelmsford today, and my wife thought she would like to call into her favourite clothing outlet to see if there were any bargains at the sales. As I was not keen on following her while she examined things of interest; we agreed to meet at Marks and Spencer. Meanwhile I had a look around the High Street to get the general feel of the sales. There didn’t seem to be frenzy, but I saw several people carrying bags stuffed with items. Not all shops were open, but those that were all had sales, some offering up to 80% off. 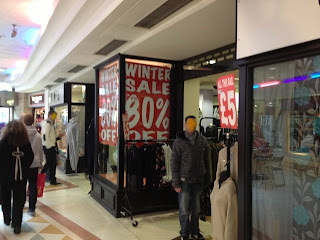 
I happily photographed the sales until I came to Marks and Spencer in the High Street. There I took three photos and I noticed a security guard and another large man approaching me. They placed themselves either side of me and one asked if I had been taking photos, to which I agreed. He said I was not allowed to take photos and demanded I deleted the ones I had taken. I asked why and he said something about competitors which I did not understand. Not wishing to cause a fuss, and somewhat intimidated by these large individuals, I apologised for breaking the rules, but said I was unaware of a photo ban. I explained I had taken photos of sales taking place in other shops and that I would use them for my blog. They insisted I MUST delete the ones taken in M & S. I could have refused, but to be obliging I deleted all three photos. As I did so they wanted to make sure I actually deleted them and watched what I was doing to satisfy themselves. All of this took place in the open store as passers-by were curious as to what was happening. 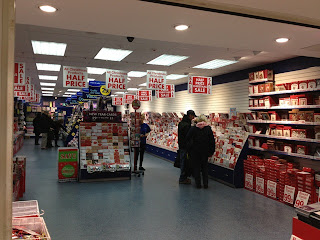 
I said I would mention what had happened on my blog and the spokesman told me that I should not do so. I replied that I would do what I liked on my blog. At that point they left me alone.  I looked for signs prohibiting photography within the store and found none. Since then I’ve searched the M & S website and I’ve not been able to find anything about the prohibition. I believe there should be a polite notice at the entrance of M & S explaining the ban for their customers.


The experience had not been pleasant, and my view of M & S has markedly changed. I shall try to forget what happened, but I fear it will be difficult. Enjoying shopping at M & S in the near future will no longer be the case. In fact, I doubt I shall want to go there.

Not nice.... and makes me personally want to leg it in to the nearest M&S and start taking photo's immediately!!

What an extraordinary carryon, I was unaware the UK was heading towards a police state! I hope you continue with this Bill, and ask for a full explanation - I can't wait to hear what they have to say.

I have to be careful what I say because I could be accused of inciting people to take action!

You could be right about asking for a full explanation.