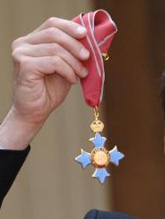 
Certain Paralympians have been whinging because they believe they merit honours which they did not get; furthermore they argue that able-bodied Olympians have been favoured by the Honours Committee. According to the Mail Online, Lee Pearson the disabled equestrian who already has an OBE is disappointed he was not made a knight. 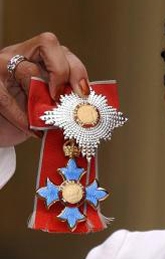 
At one time, knighthood and lesser honours were bestowed at the favour of UK monarchs.  Today our Queen does not decide who shall receive these accolades. A list is drawn up by an Honours Committee who considers nominations. Their recommendations are presented to the Queen. She is the one who officiates at investitures held at Buckingham Palace, London, Holyroodhouse, Edinburgh or Waterloo Chamber at Windsor. 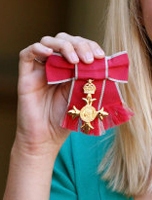 The Queen in her Christmas Day Speech said, "As London hosted a splendid summer of sport, all those who saw the achievement and courage at the Olympic and Paralympic Games were further inspired by the skill, dedication, training and teamwork of our athletes. In pursuing their own sporting goals, they gave the rest of us the opportunity to share something of the excitement and drama.”


Her words, ‘own sporting goals’ showed how she viewed their achievements. Every athlete, paralympian or able-bodied, had their own personal motivations. In light of that, if after gaining gold, silver or bronze medals they received further awards it was not their right, since they were given, not earned. I feel sure that favouritism, prejudice or discrimination would have played no part in the decision making of the Honours Committee. Egalitarianism would have been to the forefront.


Honours list is biased against us, Paralympic stars argue after they got lesser awards than Olympians


Guide to the Honours