Confessions of an Old Salt 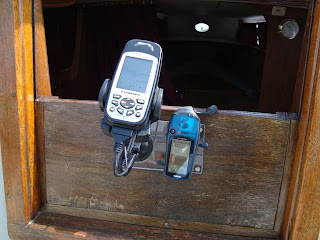 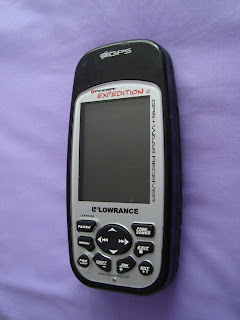 This article may best be described as, ‘The Confessions of an Old Salt’.
I was a self-taught sailor who started sailing at the age of 13. I had rigged my 11’ canoe with three sails!! How they all fitted on such a short boat is rather puzzling, and how I managed them I do not know. I used to balance the canoe by sitting on a plank I had secured across the cockpit and steered her with a tiller fitted with an extension. Thinking about it now, my mind boggles, but such was the audacity of my youth that I got away with it, and I never capsized the tiny craft, which was just as well, because she did not have any internal buoyancy in the form of pneumatic bags or waterproof chambers. Lifejackets were hard to come by, and like others, I did not have one.

Learning to navigate was a self-taught skill. At first, it took the form of simple pilotage, as when I crewed for a friend who sailed his father’s sharpie from Highbridge to Combwich and back. We noted our progress along the River Parett and memorized features so that we could have some idea as to where we were on the return trip.

I made a cursory study of navigation in 1971. That was before I sailed my Torbay Class 2 Racer to Alderney, and I confess to being a green novice at that time. Years later, before GPS systems became widely available, I qualified as an RYA Ocean Yachtmaster. Chart work entailed plotting courses that allowed for variation, deviation, leeway and tidal vectors. Hourly positions were marked on the chart. Navigation was a time-consuming activity, and the workings often contained errors. I would be very content if, after crossing the English Channel, my calculations took me to a position five miles from where I intended to go!

GPS has made all the difference. Today, I use a Lowrance Expedition c, handheld GPS unit. This displays a coloured chart that moves relative to the position of the yacht, so that the symbol representing the yacht remains in the centre of the display. By zooming in on the chart, more details can be seen. The digital chart has all the features of a conventional paper chart, such as soundings, metre lines, buoys, lights and beacons. I take a real chart with me which I use for passage planning and for marking hourly positions, but I rely on the GPS for accurate positions. I confess that I seldom work up courses these days by using a plotter and dividers. Instead, I run two GPS units: my Lowrance Expedion c for visual guidance, and a Garmin Etrex Legend for recording waypoints and for sailing courses to them.