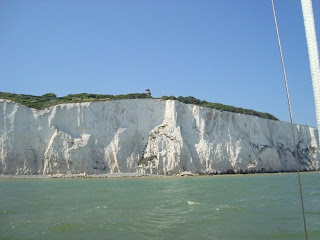 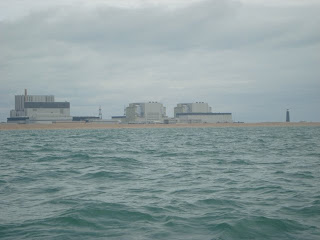 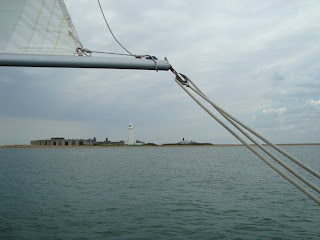 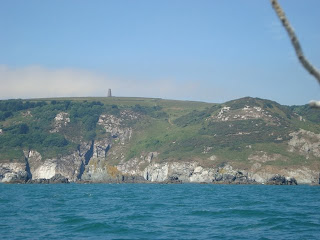 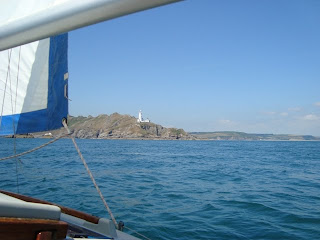 Memories from my summer cruise along the South Coast of England aboard ‘Ladybird’ will remain with me for the rest of my life. That’s no exaggeration, for example, Portland Bill as seen during my hectic battle against the ebbing tide will remain etched in my memory. Slowly and rather uncertainly, ‘Ladybird’ lumbered northwards towards Portland Harbour. At times her speed over the ground was little more than a knot, but her speed through the water must have been at least four times as much, as she slithered down the face of crested waves. I daren’t leave the tiller for a second. A moment’s lapse of concentration could have resulted in a broach, with the inevitable consequence of the cockpit being filled with water. A second such invasion of water may have spelled the end for me and my boat.


On reflection, I should never have taken the risk to pass over the western end of the Shambles Bank. I confess it was a foolhardy decision brought about because I did not fancy spending an extra two to three hours at sea before putting into Weymouth. I survived, but the memory remains, and it will be there as a warning bell set to ring, should I find myself facing a similar situation.


Had there been opportunities for taking photographs of the wild seas that crashed and foamed around Portland Bill I would have pointed my camera and snapped away at them. Elsewhere, under more sedate conditions I was able to take photos of several headlands. More often than not, these natural landmarks were marked or scarred by man-made structures, such as lighthouses, coastguard buildings, etc..


Above, you can see a selection of these digital images.