Landmarks seen from the Sea 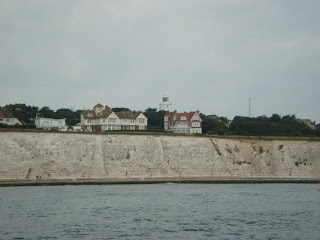 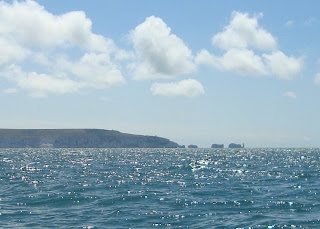 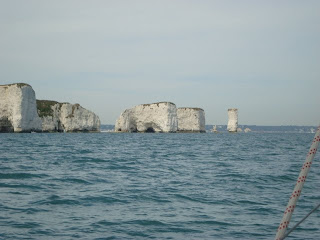 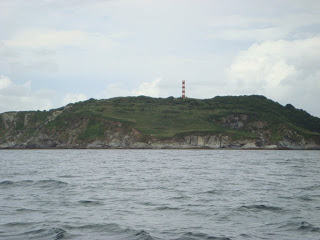 
When you undertake a lengthy coastal cruise aboard a yacht, you will inevitably come across obstacles in the form of headlands. Sometimes they can be identified by lighthouses, day marks, forts, coastguard cottages, or by particular cliff features, such as with the chalk cliffs of Old Harry near Swanage.

North Foreland is marked with a hexagonal lighthouse. This building is a sentinel for sailors who sail by during the day, and a beacon of light that warns them at night of nearby shallows.

One of the more spectacular headlands on the South Coast of England is Beachy Head. It has a distinctive red and white lighthouse at its base. Apparently, that’s a better location for the lighthouse than at the top of the cliffs, because under certain weather conditions there is a tendency for mist to form there.

Dungeness is well marked with a very large and rather ugly, nuclear power station. I have seen its massive buildings when they were 15 miles away.

Portsmouth must have the most memorable of manmade landmarks on the South Coast of England. It takes the form of a huge spinnaker-shaped, sculptural building. This audaciously, curvaceous structure can be seen from the Solent for miles.


Across the water, and to the west, the Needles, with its lighthouse, mark the western extremity of the Isle of Wight. On a fine day these stacks of eroded chalk make a fine sight, but when seen from the rolling deck of a yacht being tossed by a gale-blown sea, the sight of them turns a sailor’s heart of flint into a ball of pulpy mush.


Both Dartmouth and Fowey have Day Marks which are placed high on promontories to enable them to be seen from far away. The Fowey Day Mark is actually sighted on Gribbin Head, which is a little more than a mile from the entrance of the harbour, and to the southwest. These towering edifices resemble lighthouses. Their purpose is to aid navigators, by pinpointing the entrances of the respective harbours. For reasons I do not understand, they have not been equipped with lights that would make them visible at night.


For me, Dartmouth Castle is a favourite landmark. As one enters the natural harbour from seaward, Dartmouth is gradually revealed on the port hand side of a mini fiord which geologists tell us was formed during the last Ice Age by glacial erosion.


A little further to the west, Start Point has a prominent white lighthouse overlooking dark granite rocks that point seaward to towards the associated Race that can run wild in a winter gale.


Another picture postcard West Country landmark is St. Anthony Head with its lighthouse marking the eastern side of entrance to the River Fal. On the western side, the rocky Pendennis Point, complete with its stone castle, gives protection to a fine natural harbour. Beyond these flanking markers seafarers entering the safe haven can see a backdrop of very green hills and fields of tilled, loamy soil, typical of that part of Cornwall.