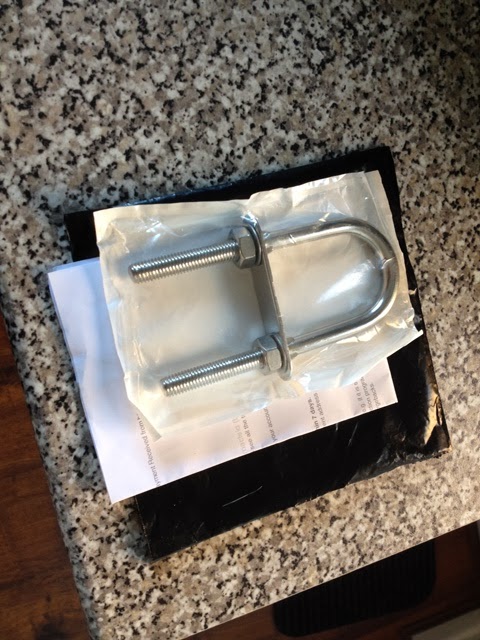 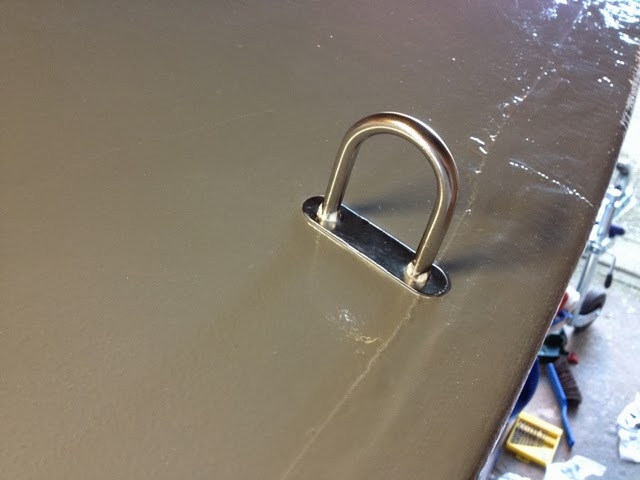 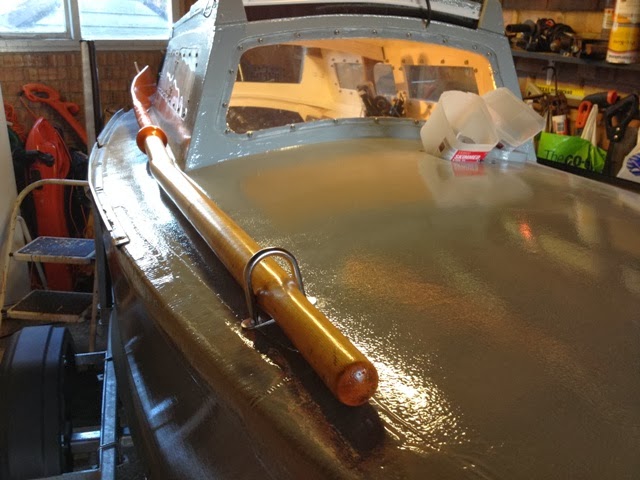 Seemingly a disproportionate effort has gone into reshaping ‘Minnow’s’ yuloh and making stowage brackets for it. I do not know how much I’ll use the device.  Indeed, I do not know if it will function as it should. Al Law who owns Paradox, ‘Little Jim’, and Sean Mulligan who owns ‘Scout’, both depend on their yulohs for propelling their craft during calms. Al does have an electric outboard motor, but only uses it when it is imperative to do so.


‘Minnow’ is equipped with a Honda 3 HP outboard, and if the wind is from ahead, and I want to maintain an average speed of, say 3 knots, I shall have no qualms about turning the engine on. I used to be a purist sailor who preferred sail over any other means of propulsion, but today I see things differently. Safety is paramount, and being able to stem a tide, or bash into the wind, is helpful for keeping the boat moving in certain situations.


Well, at long last, I think I can say ‘Minnow’s’ yuloh and its stowage brackets are finished. The final fitting, a stainless steel u-bolt, was secured to the foredeck this afternoon. I’m very happy with the result. A piece of cord or a bungee tied to the bracket at the blade end of the yuloh will secure it to the side deck. Waves washing along the deck will not dislodge it, nor will it come adrift if the boat capsizes, which is most unlikely.


Now I can turn my attention to other things such as rigging the boat, fitting a strop to the bow for the anchor cable, attaching the compass to the forward end of the cabin, sorting out lights for the cabin and an anchor light. There are a few more paint jobs to be done, and I’ll have to install a satisfactory freshwater dispenser. The kedge anchor has to have a chain and cable, and the mast has to be protected by an anti-chafe rope at boom level.
Posted by William Serjeant at 8:16 pm