Around Britain in a Wayfarer - Ludo Bennett-Jones 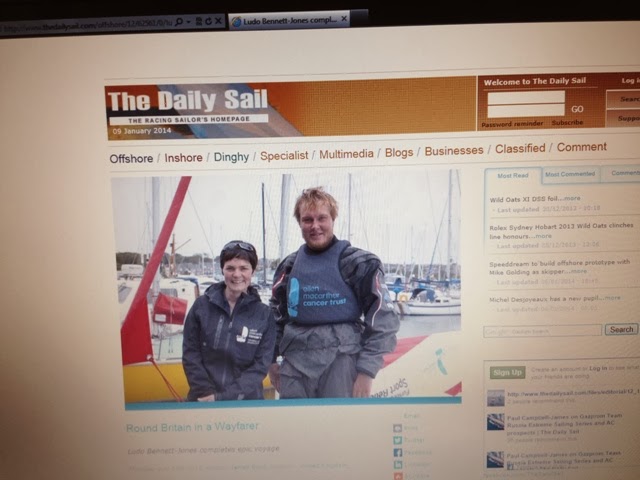 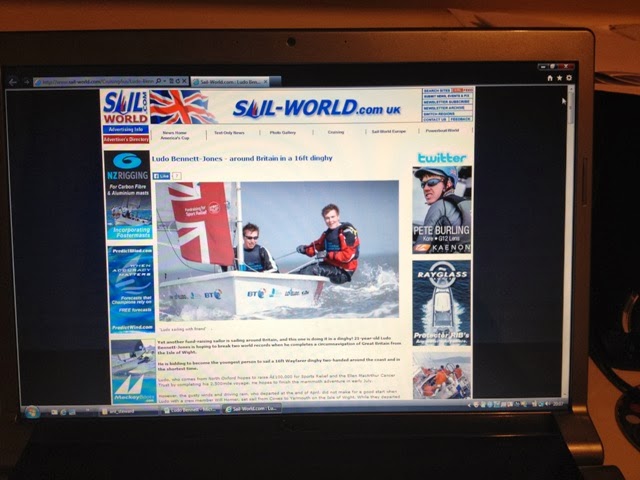 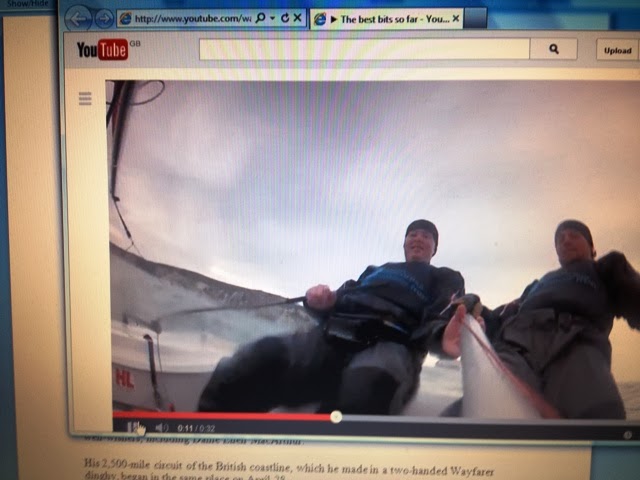 In 2010 I sailed my Seawych ‘Ladybird’ along the South Coast of England, and at Salcombe I met Simon Renton who was trying to sail his Wayfarer single-handed around Britain. (See 1st link below) I knew he would be up against it, because the weather was unsettled and there was a succession of depressions. Nevertheless before being forced to give up, he raised over £3,000 for Macmillan Cancer Support.


Last year Ludo Bennett-Jones completed a circumnavigation around Britain in a Wayfarer.  Unlike Simon, Ludo had the companionship of volunteers to help share the load. With the aim of raising £100,000 for the Ellen MacArthur Cancer Trust and Sport Relief, he sailed from Cowes, Isle of Wight, on 28th April, 2013, and after a 76 day epic adventure he returned there on 12th July to a rapturous reception, and to be greeted by Ellen MacArthur. The 2,500 mile marathon was rewarded by generous donations to the Ellen MacArthur Cancer Trust.


Ludo’s Sailing Challenge Round the Coast of Great Britain


The Best Bits so far


Round Britain in a Wayfarer


Ludo Bennett-Jones – around Britain in a 16ft dinghy