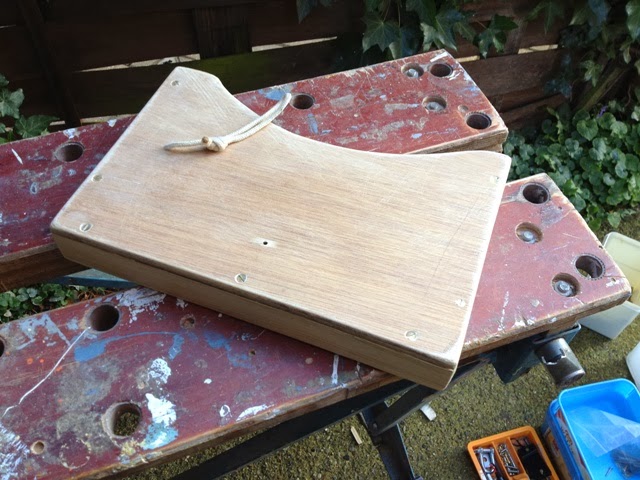 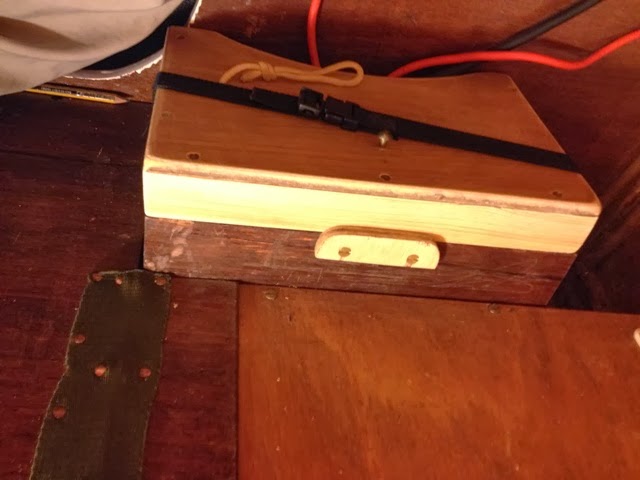 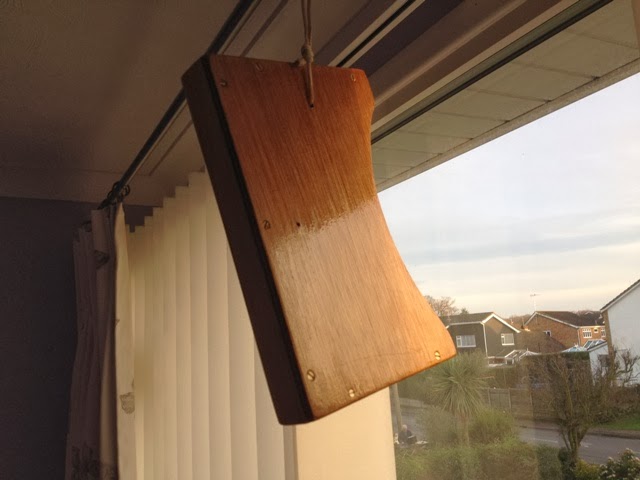 The new ship’s battery’s vertical dimension is a half-an-inch more than the one it replaces; therefore I’ve had to modify the cover of the battery box to increase its height above the terminals. I attached pieces of wood to the underside of the lid – one at the front and one either side. I can now fasten the strap that secures the cover, and I am satisfied that the terminals and the wires will be protected from anything that may inadvertently be dumped on the box. The cover has a moon shape cut-out on the aft edge for the wires to exit from the box. This opening also acts as a vent for air to circulate. If gas is emitted from the battery, it too can escape.


I plan to stow my inflatable canoe forward of bulkhead two where the battery is housed. Because I’ve modified the lid of the battery box I can be confident that the terminals and wiring will not be dislodged or damaged. I’ll probably stow the three-part paddle there too.
Posted by William Serjeant at 8:06 pm