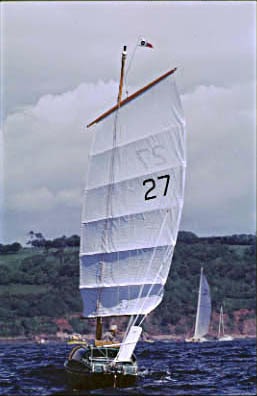 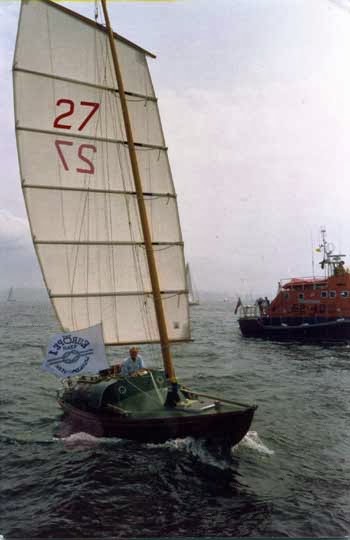 One event I am looking forward to is the start of the Jester Challenge which will take place 1400 BST, Sunday, 11th May, 2014 at Plymouth. I shall not be there as a competitor, but as a spectator. Dreaming continues, but reality overrules! Most of my sailing these days is from the armchair. Nevertheless, if I can make it to Plymouth with ‘Minnow’, my Paradox sailboat, either by sea or by road, I shall be excited by the gathering and the send-off.


These tiny yachts between 20’ and 30’ will set sail for Newport, Rhode Island, USA.  There are no rules, only ‘guidelines’ which I’ve copied from the official Jester Challenge website:


The Jester Challenge is run on a ‘gentlemanly basis’ within the following guidelines:

Posted by William Serjeant at 7:02 pm

Hello Bill, it's my earnest hope that you watch the start of the Jester Challenge, preferably having travelled there in Minnow, with of course, you daily blog to keep us all enthralled.

I have yet to finish and prove 'Minnow' by testing her. If she is satisfactory, and I'm up to it, I may attempt the Channel cruise.

Getting to Plymouth before 11th May could be a real challenge. I would need to leave the River Crouch early in April, allowing at least 4 weeks for the 'voyage'.

Unless these strong westerlies we are experiencing calm down, the chance of success is not high.