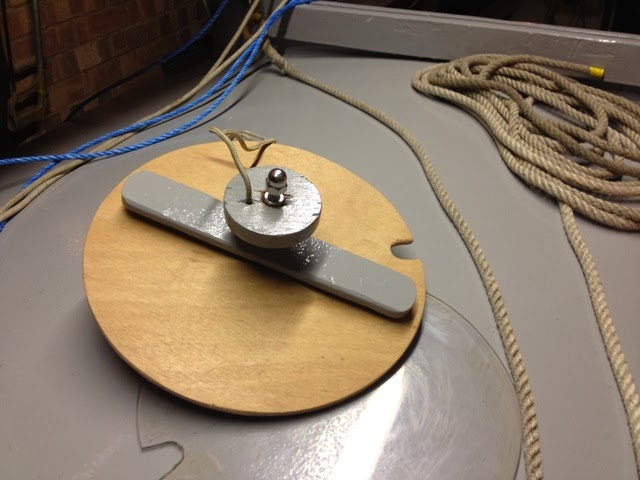 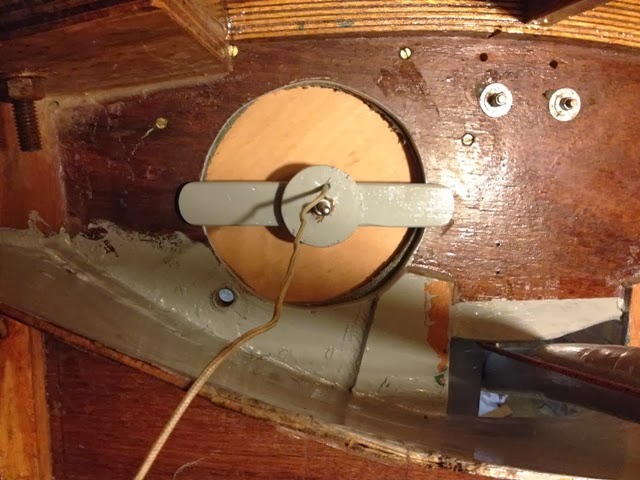 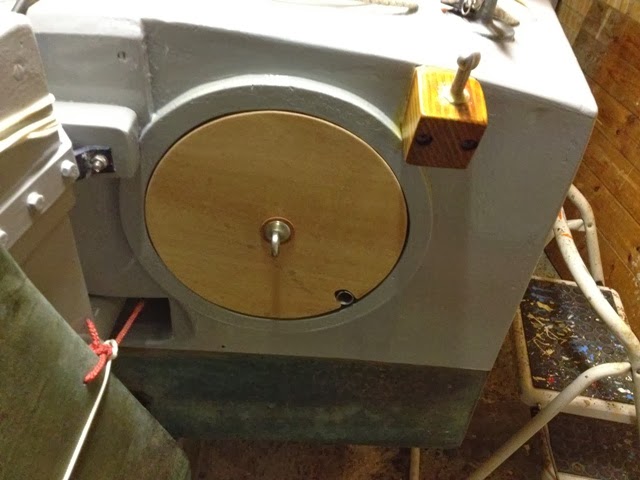 Matt Layden primarily designed his Paradox for sailing in the Bahamas which are generally a lot warmer than the UK. One of his concerns was having a supply of fresh air flowing through the cabin. To achieve this he incorporated a forward vent box.  Air enters the box via a large circular opening in the foredeck, from where it is drawn into the cabin. To encourage the flow, Matt added an inspection-cum-vent hatch in the transom. If the hatch cover is removed, air can flow from the front of the cabin to the lazarette and out through the aft vent. In the original boat plans, Matt sited a gimbal cooker in the lazarette; therefore it made sense to build in a vent for dissipating fumes and heat.


I was always doubtful about the strength of the Perspex vent cover fitted to ‘Minnow’. A close inspection revealed small cracks in the Perspex where the retaining pin passed through a central hole. Repeated tightening of the retaining nut must have caused the cracks. To make a more secure hatch I cut one from plywood. Obviously, light does not pass through plywood as it does transparent Perspex, but Matt’s original design had a standard plastic inspection hatch through which no light could pass. In daylight I shall have sufficient light entering the lazarette from the hatchway, and at night I shall have a torch. I might get around to fitting a small led light there.


It is unlikely that I shall want to open the aft vent, because I seldom did when I owned ‘Faith’. Unlike sailors in the Bahamas, keeping the cabin warm will be the priority. I know of one UK Paradox sailor who has a small charcoal stove for this very purpose. 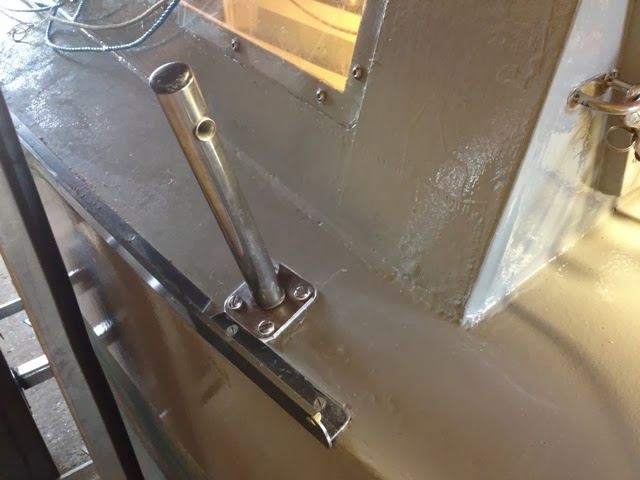 Before making a new vent cover I finished fitting ‘Minnow’s’ port deck stowage rack. Now that this has been completed, I feel confident that I shall be able to secure the whole rig along the side deck. As I pointed out yesterday, the big advantage of stowing the rig there, including the mast, is speed of setting it up.
Posted by William Serjeant at 8:03 pm