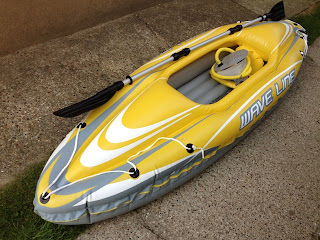 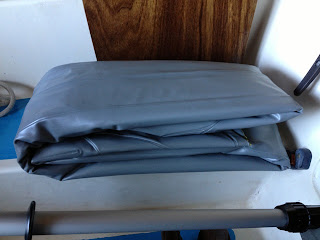 Last year when I was at Poole Harbour cruising ‘Ladybird’ there were times I wished I could have left her at anchor and ventured ashore with a tender.  Unfortunately I did not have one. There was just about enough space for stowing the smallest of pump-up dinghies. Unfortunately, my WavEcho dinghy did not fit the bill because it was too large and too heavy.


Prior to buying the WavEco for use as a tender to ‘Ladybird’ I did a bit of research looking for suitable inflatable tenders, and I came to the conclusion that a one man inflatable dinghy would be better than an inflatable kayak. However, now that I no longer own ‘Ladybird’ and my current boat ‘Sandpiper’ is considerably smaller; the only alternative would seem to be a cheap, lightweight inflatable canoe. Therefore I have bought a 110 inch by 30 inch Wave Line Hydro-Force inflatable kayak. 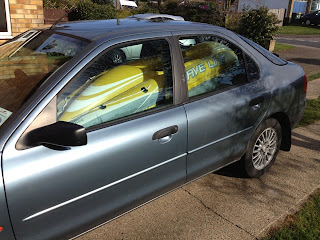 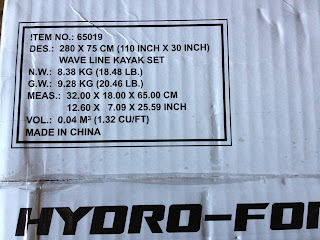 I have yet to try her on the water. Inflating her for the first time took considerably longer than I anticipated.  In fact, it took a quarter of an hour! No doubt, as I become familiar with the process I shall knock minutes off that time. It would appear to be robust enough for my purpose, but the manufacturer gives various warnings, particularly not to over-inflate the kayak or leave it in the sun.


Her double-bladed paddles can be assembled from component parts. Fortunately I have a spare dinghy pump, because one wasn’t supplied with the kayak. Under her bow there is an eye for attaching a painter, and providing it’s not too windy and the water is not choppy, I think I shall be able to tow the kayak behind ‘Sandpiper’.

Hi, thinking of getting this exact kayak, can you update on how it is?