Last night it was pretty cold on the boat, and I felt it. Only then did I realise I had forgotten to bring my thermals. I never sleep well on the first night of a cruise - it was no exception.

Today I was up early in time for the shipping forecast - not that I had to listen to it - but I did it to rehearse for when I may have hear it. My first task was to sort out the furling jib which was achieved by tightening the shrouds.

At 11.30 on the dot I cast off and sailed out of the harbour under jib alone.

All systems were working; therefore I set the mainsail and headed towards the River Roach. On the way I passed three distinct flotillas of Optimists, the last of which I could not avoid, but sailed through without incident.

At the entrance of the Roach 'Sandpiper' was joined by a beautiful Harrison Butler double-ender. We matched each other; both of us anchored in Yokesfleet Creek.

The wind piped up, but I felt secure because the Creek was well protected, even at high water. I enjoyed the sun and made myself a cup of tea; then I called Shoebridge on the VHF to enquire about the earliest opening time for the Havengore Bridge. An inquisitive seal swam around the boat.

At mid afternoon the wind increased yet again, and there was a light shower.

Well, I'm hoping to sleep OK tonight, and as the forecast is for frost I'll have to wear an additional layer of clothing. 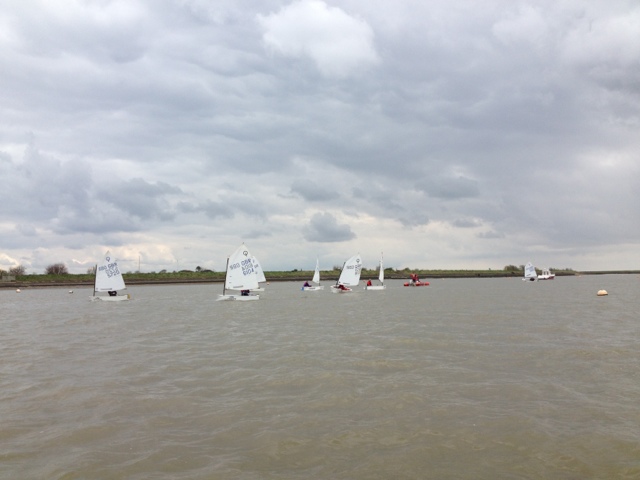 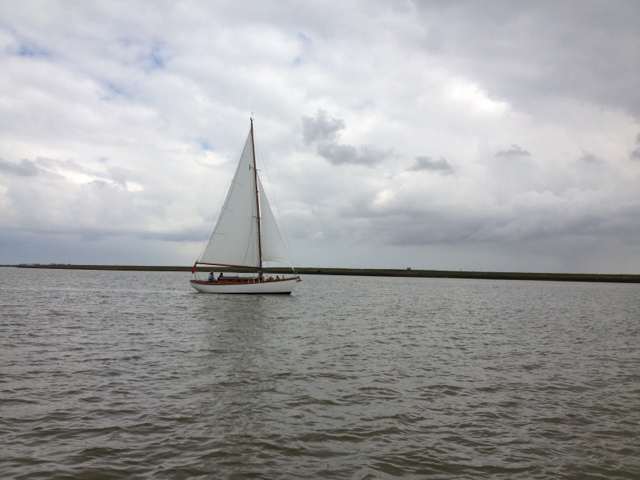 Posted by William Serjeant at 3:36 pm

"At the entrance of the Roach 'Sandpiper' was joined by a beautiful Harrison Butler double-ender. We matched each other; both of us anchored in Yokesfleet Creek."

Is that the sloop in the second photo? Do you mean to say the little Potter kept pace with her? She must have twice the sail area.