Sir Ranulph Fiennes and the Coldest Journey on Earth 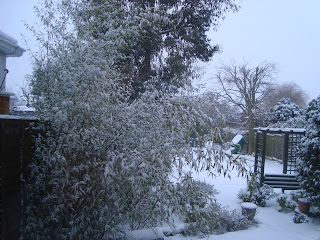 It's cold outside
When I first heard of Sir Ranulph Fiennes’s intention of leading an expedition across Antarctica in the south polar winter I was angry. Why? Because it seemed such a stupid and pointless thing to do. Why should men put themselves at so much risk of death? Of all people, Fiennes has subjected himself to extreme conditions, perhaps more than any other man, and yet he has survived with only the loss of fingertips to his left hand. He has suffered frostbite, not death as his hero, Laurence Oats, a selfless member of the ill-fated Terra Nova Expedition led by Robert Falcon Scott.
Scott’s objective was to be the first with his team to reach the geographic South Pole to secure the honour for the British Empire, but the Norwegian, Roald Amundsen and his team beat them to it, arriving there on 14th December, 1911, five weeks before Scott. The Englishman and his four companions never made it back to base camp; all succumbed to the severe conditions, insufficient nutrition and arduous labour.
My anger has subsided somewhat after researching the reasons for the Fiennes-led attempt at the worst possible time of year when the South Pole will be in darkness for most of the time. Temperatures could be as low as -90 degrees Celsius. That’s enough to freeze one’s eyeballs and other vital parts too!
The Fiennes expedition will be no ordinary feat of endurance, but the most extraordinary. Perhaps not since Neil Armstrong and Buzz Aldrin first stepped on the moon in 1969, will men put so much faith in technology for their survival. They will totally depend upon the functioning of their equipment, particularly their mobile support vehicles, i.e., two DN6 type tractors and two sled cabooses in which they will live and conduct scientific experiments. There will be no opportunity for rescue if their vehicles fail, and their only hope will be survival in the cabooses until winter has passed.
I pray that no one will die, and that findings from their research will justify the risks taken.
May God bless and keep them.
Links
Ranulph Fiennes
http://www.ranulphfiennes.co.uk/
The Coldest Journey on Earth
http://www.ranulphfiennes.co.uk/page/7939/article/406
Sir Ranulph Fiennes
http://en.wikipedia.org/wiki/Ranulph_Fiennes
Laurence Oates
http://en.wikipedia.org/wiki/Lawrence_Oates
Terra Nova Expedition
http://en.wikipedia.org/wiki/Terra_Nova_Expedition
Robert Falcon Scott
http://en.wikipedia.org/wiki/Robert_Falcon_Scott
Amundsen’s South Pole Expidition
http://en.wikipedia.org/wiki/Amundsen%27s_South_Pole_expedition
1969: Man takes first steps on the Moon
http://news.bbc.co.uk/onthisday/hi/dates/stories/july/21/newsid_2635000/2635845.stm
Finning - Providers of the modified DN6 Tractors
http://www.finning.co.uk/default.aspx
Finning DN6 Tractors
http://www.finning.co.uk/products/New_Equipment/Default.aspx?classid=406&groupid=323&model=D6N&langid=en&prodid=17569410&page=over&printFlag=false&sc=M610&unit
Posted by William Serjeant at 8:39 pm