Evidence before a Court 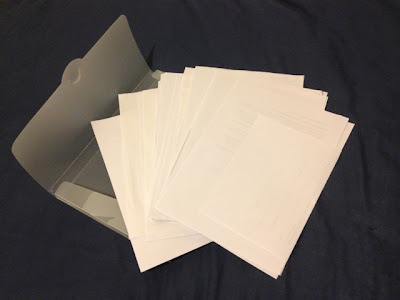 Evidence being collated
Have you ever had to prepare evidence before a court or an employment tribunal? On behalf of a friend I am compiling evidence and making a case in support of that person’s claims. I am not a lawyer, nor have I received training in law. The language spoken and procedures followed in a court or tribunal are well understood by experienced solicitors and barristers. They have the advantage when opposing unqualified and untrained people, particularly those representing themselves.
Fairness, impartiality and justice are the cornerstones of our judicial system. However, when it comes to the poor and uneducated of our Land, they have a distinct disadvantage, because they find themselves completely overwhelmed within an alien environment that is beyond their comprehension. Unable to lucidly express truths of their pleas they are nonplussed. To make matters worse, they have few resources for obtaining professional help for presenting their case. Many of them wouldn’t have a clue as to how to obtain Legal Aid, and going to a Citizen’s Advice Bureau would be a daunting experience.
Legal Aid is a means-tested benefit given to those who are eligible for it, but for those with finances marginally above the limit, the cost of employing a solicitor or a barrister is often beyond them. If they were claiming money owed, the cost of employing professional representation before and in court could be more than what is rightfully theirs! Worse still, if their case is thrown out, they could be required to pay costs.
The moral of the story for the poor and disadvantaged is to avoid going to court, for there they may not find justice unless they can be well represented by solicitors or barristers. Where is the justice in this? My friend will be self-represented; therefore the evidence I am collating has to be clearly seen as the truth and nothing but the truth, but will there be justice? I sincerely hope so.
Links
Legal Aid
http://www.justice.gov.uk/legal-aid
Posted by William Serjeant at 10:30 pm